The match will take place in Istanbul at 9:00 p.m. Turkish local time on Wednesday. 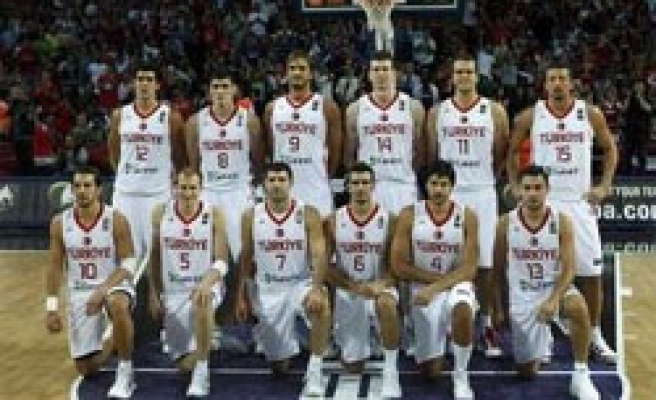 After winning all their five matches in group stage and a following victory over France in the round of 16, Turkey will face Slovenia in a quarter final game in FIBA 2010 World Basketball Championship.

The match will take place in Istanbul at 9:00 p.m. Turkish local time on Wednesday.

Slovenia had only one loss, against USA, in group stage and toppled Australia in the second round.

Turkey and Slovenia had seven official encounters so far in international tournaments. Turkey had only one win against Slovenia in these games.

The winner of the match will face the winner of Serbia-Spain quarter final to take place Wednesday at 6:00 p.m. Turkish local time.

Semi-final match will be played on Saturday.