Turkey should put own natural resources vs foreign energy: Erdogan

Premier Recep Tayyip Erdogan said Turkey should put its own natural resources to use in order reduce the country's dependency on foreign energy. 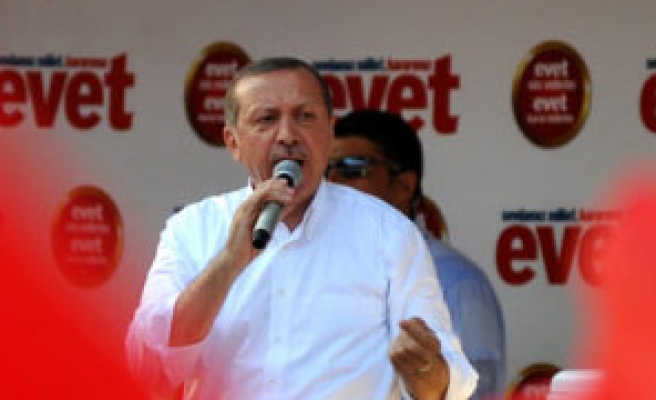 Premier Recep Tayyip Erdogan said Turkey should put its own natural resources to use in order reduce the country's dependency on foreign energy.

Erdogan who delivered a speech Wednesday in the inauguration of the Cevizlik hydroelectric power plant in Ikizdere town of Rize, said he believed the $120 million investment would bring a new dynamism to Rize's economy.

Turkey's Premier said natural gas power plants, widely used in Turkey at present was costly and thus lowered Turkey's competitive power in industry as gas was imported, adding that Turkey should seek to become a self sufficient country in energy through the construction of new dams and hydroelectric powerplants.

Erdogan said Turkey's energy demand peaked as both manufacturing and consumption in the country rose, signalling that the government may build more dams, hydroelectric power plants. He underlined that his government paid utmost attention not to harm the environment and nature while producing energy.

He said Turkey's annual hydroelectricity production was 51 billion KWH adding that this represented only 36% of Turkey's potential production.

Erdogan said that they aimed at boosting the annual production up to 82 billion KWH, thus realising 90 percent of Turkey's potential.