Turkish government signed a build-operate-transfer deal with a consortium of six construction companies to carry out country's largest-ever highway project. 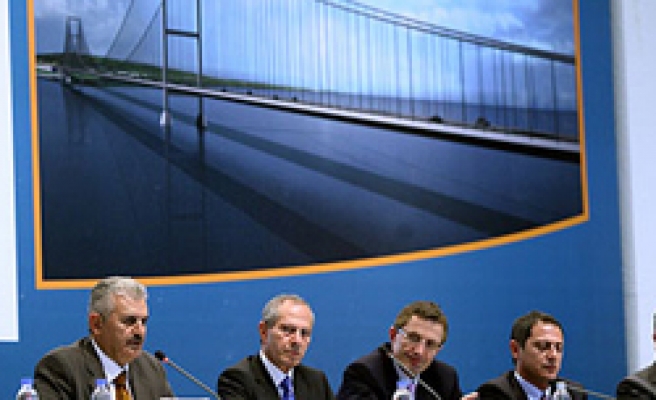 Turkish government signed Monday a build-operate-transfer deal with a consortium of six construction companies to carry out country's largest-ever highway project which will link Turkey's largest city Istanbul to third-largest city of Izmir.

The highway will reduce travel time between Istanbul and Izmir from 6 hours 30 minutes to about 3 hours.

Under this $11-billion mega project, world's second-longest suspension bridge will be built over the Gulf of Izmit. The bridge will have a length of 3,000 meters.

Government plans to break ground for the project in two months. It will create at least 10,000 jobs and be completed in seven years, Turkey's Transportation Minister Binali Yildirim told the signing ceremony in Ankara.

The consortium --consisting of Turkish construction firms Nurol, Ozaltin, Makyol, Yuksel, Gokcay and Italy-based Astaldi-- will transfer the highway after 22 years and 4 months, including construction time.

"The project is the largest to be carried out at one time under build-operate-transfer model in Turkey's history," Yildirim said.

"According to our calculations, the project will lead to a time and fuel savings of $870 million a year, which is a presumptive return on investment in 10 or 11 years," Yildirim added.