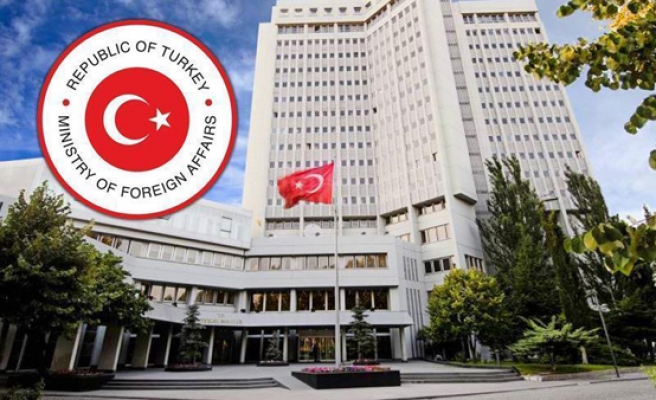 The attack by the terrorist ISIL group killed a two-year-old girl and severely wounded scores others.

In a written statement late on Friday, the Turkish Foreign Ministry expressed serious concerns over the reports on the use of chemical weapons.

The weapons’ use was confirmed by Tazehurmatu police chief Salah Abbas who said the town was attacked with more than 40 mortar and Katyusha shells which included chemical agents.

"We reiterate our harsh condemnation for the inhumane methods used by the ISIL terrorist organization," read the ministry statement.

"We are ready as always to provide the required support to our Turkmen brothers in healthcare and humanitarian aid," the statement added.

Two-year-old Fatma Samir died at an Iraqi hospital on Friday after suffering serious injuries to her respiratory system.

Her father told Anadolu Agency that he held Iraqi Prime Minister Haider al-Abadi responsible for the death of children like his daughter in ISIL attacks.

"Since terrorist ISIL emerged, our town has come under mortar and missile shelling for nearly two years. It is not a new incident," he added.

The village of Bashiri, five kilometers [3 miles] from Tazehurmatu , has been under the terrorist group’s control since 2014 when it overran Mosul.

According to Tazehurmatu  Police Chief Abbas, five townspeople were rendered unconscious due to the gas.

Iraqi PM Al-Abadi said on Friday that the use of chemical weapons was a “hostile crime.”

“The use of chemical [weapons] by the terrorist ISIL organization, especially against children and women, during the attack against Tazehurmatu  is a big and hostile crime against humanity,” Abadi said.

Last month, the Organization for the Prohibition of Chemical Weapons said ISIL used mustard and chlorine gas in an attack on Kurdish peshmerga forces in 2015.