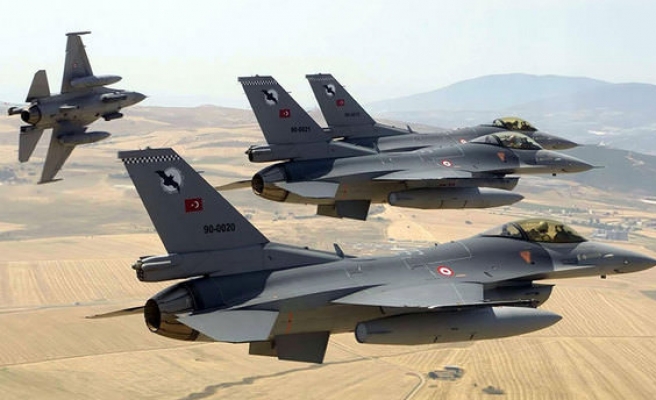 Turkish Air Force jets have carried out airstrikes on PKK terrorist bases in northern Iraq Friday, the armed forces announced in a statement.

According to the statement on Turkish army's website, seven warplanes, including F-16 and F-4 fighter jets, destroyed PKK targets in Avasin-Basyan region, including the terrorist group’s shelters, caves and ammunition dumps.

The statement did not say how many targets were destroyed.

More than 300 security personnel have been martyred since the PKK, which is listed as a terrorist organization by Turkey, the U.S. and the EU, resumed its 30-year armed campaign in July.