Yeni Safak columnist Abdulkadir Selvi, who is known to have close ties to the government, said "A few important names for the ISIL were used in the swap." 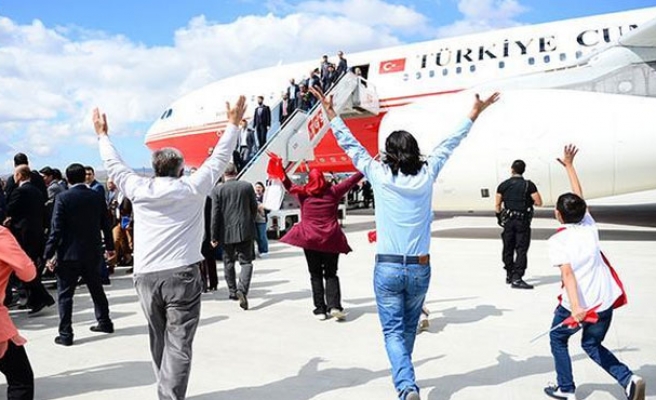 It has been claimed that Turkey engaged in a swap deal with ISIL militants to free 49 Turkish hostages who had been held by the group since June 11 until they were eventually released back to Turkey on September 20.

The claim was made after Turkish President Recep Tayyip Erdogan was asked if an exchange had taken place as he left for New York to lobby for a buffer-zone to be created along Turkey's border with Syria at the 69th session of the United Nations General Assembly.

President Erdogan responded to the question saying “Even if there had been such a swap, what was given in exchange for my 49 citizens does not change a thing. I am just thankful that they have returned to their families.”

Yeni Safak columnist Abdulkadir Selvi, who is known to have close ties to the government, said that there was indeed an exchange for the 49 hostages.

"A few important names for the ISIL were used in the swap," Selvi said, asking "would (the National Intelligence Organization) have achieved such a successful outcome if they had not considered all options?"

On Sunday, President Erdogan denied claims that a ransom was paid for the release of Turkish hostages held by ISIL in Iraq and said that it was the result of diplomatic and political negotiation.