Turkey will face the USA in the final game in Istanbul on Sunday. 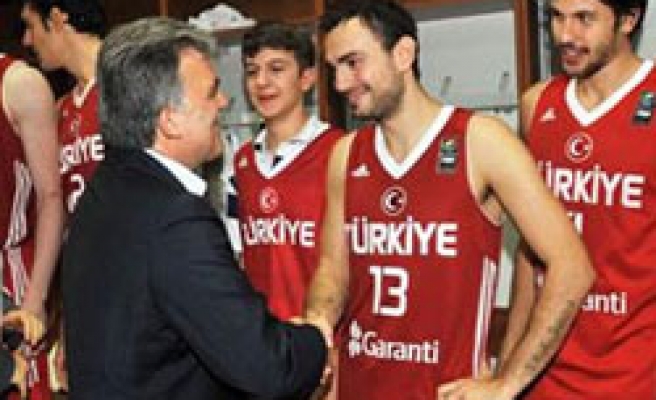 Turkish President Abdullah Gul said that Serbian basketball team was one of the strongest teams of the world.

Gul met with Serbian President Boris Tadic who arrived in Turkey to watch the semi-final game during which Turkey defeated Serbia 83-82 at the 2010 World Basketball Championship in Istanbul, and qualified for the final.

Gul told reporters that the game was very exciting, adding that he would watch the final game too.

Turkey will face the USA in the final game in Istanbul on Sunday.

Gul said that Serbia became world champion for five times, adding that Turkey also wanted to be champion for at least one time.

Serbian president wished good luck to Turkey in its game on Sunday, and congratulated the team for its success.

National basketball team of Turkey defeated Serbia's team 83-82 in a semi-final game at the 2010 World Basketball Championship at Sinan Erdem Sports Arena in Istanbul on Saturday.

Turkey qualified for final for the first time in its history.

Turkey will play against the U.S. team in final on Sunday.