Turkey to give players special prize for world basketball final

Prime Minister Erdogan said that he believed Turkey will become the champion by beating the U.S. on Sunday. 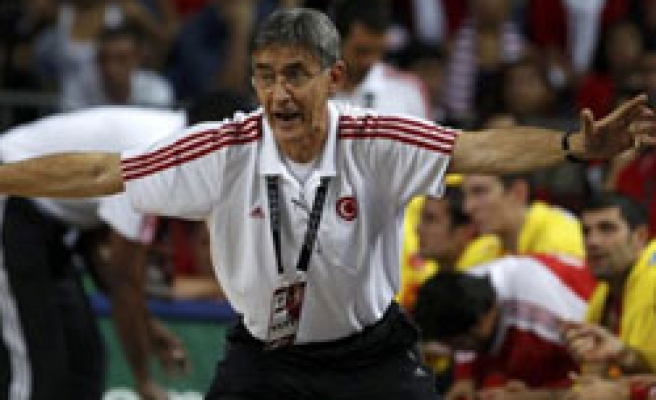 Turkey defeated Serbia 83-82 in a semi-final game in the 2010 World Basketball Championship in Istanbul late on Saturday. With this win, Turkey advanced to the final and will play against the United States on Sunday night for the gold medal.

Serbia played a better game. However, the luck was on our side, Tanjevic underlined.

We were bad in defense. We got lucky. Our players displayed high performance. I thanked my players at the end of the game, Tanjevic said.

Kerem Tunceri, who scored in the last second and made Turkey win the game, said that Saturday was one of his happiest days.

It was a great game. We used to lose against Serbia in tournaments. This time we were the winners. I thank everyone who supported us, Tunceri said.

Chairman of Turkish Basketball Federation Turgay Demirel said that he congratulated all Turkish players and members of the technical team.

Our team has accomplished an extraordinary success by beating Serbia. They will receive a special prize for reaching the finals. If they become the champion, they will hear about their prize from Turkish Prime Minister Recep Tayyip Erdogan, Demirel said.

Meanwhile, Prime Minister Erdogan said that he believed Turkey will become the champion by beating the U.S. on Sunday.

If Turkey plays with their hearts as well as they played against Serbia, they can become the champion, Erdogan said.

Turkey will play against the U.S. on Sunday night in the final game of the 2010 World Basketball Championship. The game will kick off at 21.30 hours.