A historical Armenian church in an eastern Turkish province will be opened to religious worship for a single day this weekend. 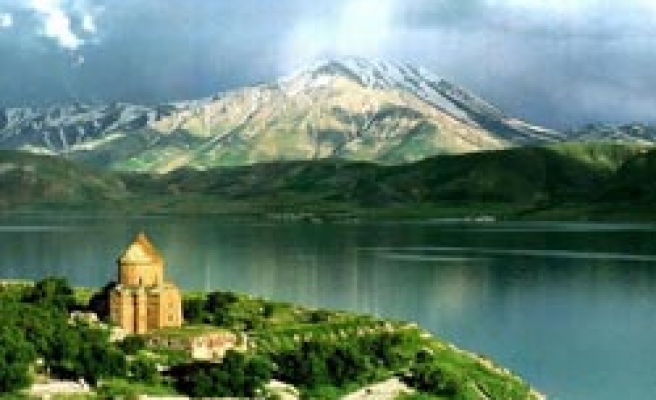 A historical Armenian church in an eastern Turkish province will be opened to religious worship for a single day this weekend.

The Armenian church located on the Akdamar island in Lake Van in Turkey's Van province will be opened to worshippers for the first time after 95 years on September 19.

Upon a proposal by the Governor's Office of Van and approval of the Turkish Culture & Tourism Ministry, Akdamar Church will host a religious worship once a year and the first ritual will take place this Sunday.

Guests to participate in the ceremony will arrive in Akdamar island after a 20-minute journey from the Gevas pier.

As all the hotels and guesthouses in Van were booked prior to the ceremony, 3,500 local residents prepared their houses for Armenian guests, sources added.

The island of Akdamar in Lake Van in Eastern Anatolia is famous for its Armenian church.

The name given to the island, Aght'amar, is explained by a well known legend among local population: A nobleman who fell in love with a beautiful girl named Tamar visited the island every night to see her. As he was crossing the lake one stormy night, his boat capsized and fighting the waves, he drowned uttering the words "Ach Tamar".

Tamar, awaiting the arrival of her loved one, grieved deeply upon hearing the news of his death and died soon after. Hence, the island was called "Ach Tamar" (Aght'amar/Akdamar) ever since.