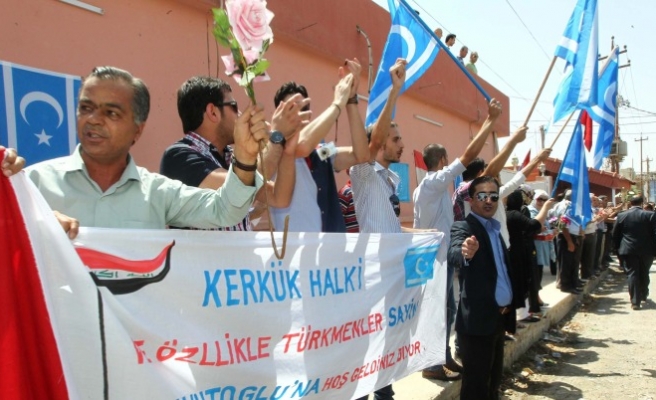 Turkey will establish a tent city and send humanitarian aid sufficient for 20,000 people to northern Iraq's Tal Afar district, where many of its majority Turkmen residents have fled in the face of attacks from rebels.

Thousands of Iraqi Turkmen have fled to other regions, mainly under Kurdish control, following the seizure of several cities by rebels led by the group Islamic State of Iraq and the Levant, known as ISIL.

ISIL seized the city of Mosul on June 10 and went on to capture other cities in northern and western parts of Iraq, advancing towards the capital Baghdad.

The Kurdish Peshmerga security forces took control of several regions where Iraqi security forces had withdrawn from and have been involved in much of the fighting against ISIL.

A Turkmen leader, Aydin Maruf, said that four trucks of aid had already arrived in Sinjar, a region near Tal Afar.

According to the Anadolu Agency reporter in the city, no armed clashes or bomb attacks have taken place in northern oil city Kirkuk in the last fortnight.

A group of 44 people, including 4 Turks, who were taken captive in northern Iraqi city Kirkuk, were rescued by Turkmen, said diplomatic sources on Thursday.

Four Turkish workers - Omer Asil, Fatih Onder, Recep Kara and Cem Teze- who were abducted and released after three days in the detention of rebel group Islamic State in Iraq and the Levant, in northeastern Iraq, shared their experiences with Anadolu Agency.

"When we reached the Hamrin mountains, ISIL militants stopped the vehicles that were carrying us. After blindfolding, they carried away us to an unknown place," Asil said.

"We, as 50 people stayed in a 10 square meter place. They gave us three meals a day, including bread and rice. The militants kept guard 24 hours."

Asil added the militants asked them "Are you Muslim? Do you know how to read Quran?"

Another worker, Fatih Onder, said a group of 44 people including Pakistani, Nepalese and Turkmen were also released.