Turkey to set up nuclear authority

Turkey has an ambitious nuclear program in order to meet 10 percent of its electricity needs by 2023 and to reduce its dependence on imports of oil and gas. 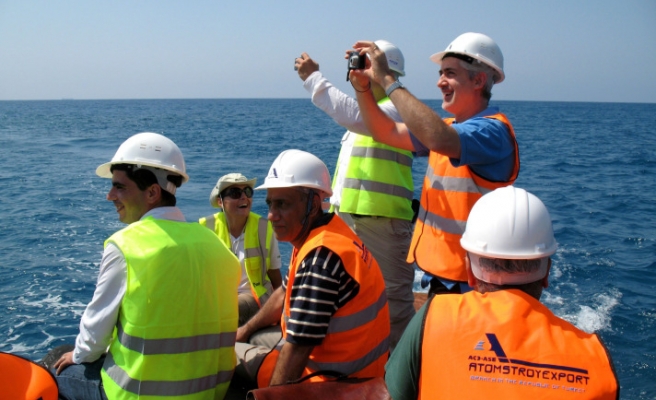 Turkey is to set up a nuclear general directorate, according to a draft proposal in the Turkish Parliament on Tuesday.

Turkey's energy ministry proposed the draft to parliament to create a new governmental body that will be responsible for implementing national nuclear energy policies and faciliate the necessary human resources in the nuclear energy field in Turkey.

The new government body will work on nuclear energy policies and will track other institution's studies in nuclear energy. Part of its work will be to increase the use of domestic resources in the construction process by attempting to transfer nuclear technologies, and to increase the technical capacity of the domestic firms. The Nuclear General Directorate will act as a coordinator for different ministries, public institutions, civil society and the private sector.

Turkey has an ambitious nuclear program in order to meet 10 percent of its electricity needs by 2023 and to reduce its dependence on imports of oil and gas. The investment in nuclear power is intended to diversify the country's energy resources.

The Russian energy company Rosatom signed an agreement in 2011 to build and operate a four-reactor nuclear power plant in Turkey's Mersin province on the Mediterranean coast. It is scheduled to be fully operational by 2023, when Turkey will celebrate its 100th year of the founding of modern republic. Turkey’s second nuclear power plant is to be constructed in Sinop on the Black Sea coast by a Franco-Japanese consortium. The two projects are estimated to cost around $40 billion. The third nuclear plant's location is yet to be decided.

The use of domestic resources in the construction of the plants is sought to increase with each plant's construction. Once all of the plants are operational, Turkey's foreign energy demand is expected to lower. Turkey currently relies heavily on foreign natural gas in its electricity production, and with this nuclear investment, its dependence on energy imports will significantly decrease.

Akkuyu NGS, the subsidiary in Turkey of Russia's state-run nuclear company Rosatom, is to construct the country’s first nuclear power plant, which is estimated to cost around $20 billion. Construction of the reactor will begin in 2016, and is set to be operational by 2020 and fully functional by 2023.