The Turkish government is working on speeding up the process of allowing Syrian refugees in Turkey to work, AK Party officials said. 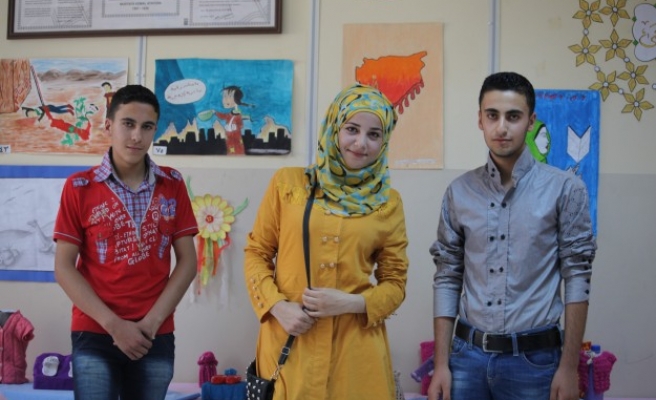 Turkey is working to speed up the process to allow Syrians refugees to work in Turkey, officials from the country's ruling party said Thursday.

Turkey hosts nearly 1 million people who have fled the civil war in neighboring Syria. Caring for the refugees has cost the Turkish government more than $3 billion to date.

Yasin Aktay, the deputy chairman of the ruling Justice and Development Party, known by its Turkish initials as the AK Party, said it was normal for a society to find itself out of balance after such a massive influx of people.

Aktay and Ali Sahin, a member of parliament from Gaziantep, a southern Turkish city near the Syrian border, spoke with representatives of the foreign press at the party's headquarters in Ankara, Turkey’s capital.

Sahin said Syrians in the area are learning Turkish, "which we see as a big step for their integration."

Local governments and non-governmental organizations are helping Syrians integrate smoothly into Turkish society, Sahin said, adding that Syrians are contributing to the economy.

"Despite the perception of Syrians that they are like beggars on the streets, most of the foreign investors in Turkey are Syrians," he said.

There are jobs going unfilled in the area, and workers are needed, he said.

"Particularly in cities like Gaziantep, with strong industry investment, we are having a serious employee problem," Sahin said,

According to the UN, about 9.3 million people in Syria need help and 2.5 million have become refugees.

More than 100,000 people have been killed during the nearly four-year conflict in Syria, which has also internally displaced more than 6.5 million people, according to the UN. More than 2 million Syrians are now registered as refugees in neighboring Turkey, Lebanon, Jordan and Iraq.