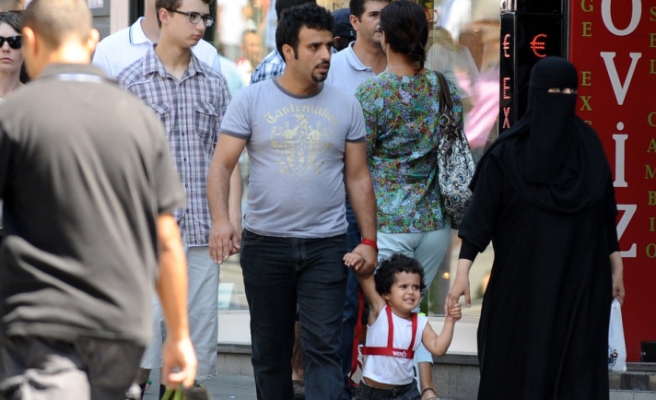 Undersecretary of the Ministry of Culture and Tourism Ozgur Ozaslan evaluated the UNWTO data released for the September 27 World Tourism Day to AA.

Ozaslan said while the increase in the number of tourist hovered around 4 percent in Europe, the same figure has been realized around 8 percent for Turkey.

The growth in tourism sector was expected to be around 4 percent on a global scale, and that expectation has been realized, he said.

Stating that for developed countries the increase was 3.3 percent, for developing countries it was 4.6 percent and for Europe it was 5 percent, Ozaslan said, “The growth rate for Turkey realized as 8.6 percent for the last 8 months. That means the growth is double of Europe and 2.5 times more than the global figures."

Ozaslan also noted that the World Tourism Organization estimated growth for the 2010-2020 period to be 2.7 percent, and 1.8 percent for 2020-2030 period, but again he said the growth in Turkey was expected to be more than Europe and the world for the same period.

“There has been a sharp increase in number of tourists coming from closer regions and the Gulf States. In that way, Turkey has become main destination point,” Ozaslan added.