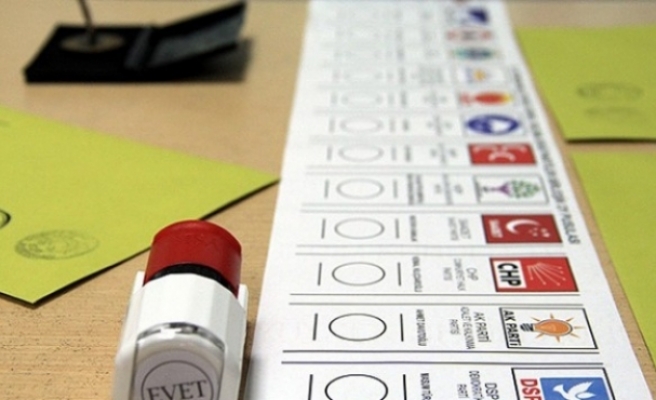 More than 54 million Turkish voters head to the polls on Sunday in a rerun of June’s inconclusive election.

The vote will see 550 deputies from among 16 political parties and 21 independent candidates elected to the Turkish Grand National Assembly, representing 85 constituencies in 81 provinces for a four-year term.

Turnout is expected to be high. The June 7 poll saw 84 percent of the electorate vote.

Turkey elects its parliamentary representatives through a closed list system of proportional representation that sees a set number of candidates elected per district. In all but three cases a district corresponds to a province - only in Istanbul, Ankara and Izmir provinces are there multiple districts.

Under this system, a political party must achieve a nationwide 10 percent threshold to achieve a single parliamentary seat. Votes for any party that fails to achieve the threshold are distributed among the parties that pass the 10 percent mark within the constituencies the unsuccessful party stood.

The other two parties to win seats five months ago were the Republican People’s Party (CHP) and the Nationalist Movement Party (MHP).

According to the Supreme Election Council, a total of 54,049,940 domestic voters are eligible to vote in Turkey’s 26th general election.

The 175,006 polling stations open at 8.00 a.m. local time and close at 5.00 p.m. According to officials, 1,264,000 Turks - nearly a 44 percent turnout - voted abroad at 113 polling stations before this week. The votes from ballot stations at airports and border crossings will be collected when the polls close on Sunday.

The election council has printed 75,288,955 ballot papers for domestic and overseas voters.

Voters select a party rather than a candidate, with the parties deciding the order in which their candidates are elected under the closed list system. This means the parties try to put forward as many candidates as there are number of seats in a voting district.

The election will be overseen by observers from civil society groups and political parties as well as international monitors.

Of the 16 parties registered to contest Sunday's election, the polls suggest the same four will pass the 10 percent threshold.

The Justice and Development (AK) Party: Led by Prime Minister Ahmet Davutoglu, the party is looking to regain its majority in parliament and increase its seats from 258.

The party won more than 49 percent of the vote in the 2011 general election and its candidate won 52 percent in the presidential election last August but this fell to less than 41 percent in June.

The party, which has based much of its popularity on its economic record and an appeal to traditional Muslim values, counts central Anatolia as its stronghold, as well as key provinces such as Istanbul and Ankara.

Republican People’s Party (CHP): The left-wing main opposition party, established by Turkey’s founder Mustafa Kemal Ataturk, is looking for a significant boost on June’s result, which saw it take nearly 25 percent of the vote and win 132 seats. One of its deputies has since become an independent.

Its campaign has focused on reforming the economy, education, the judiciary and politics. The party’s strongholds include the coastal provinces of Izmir and Antalya.

Nationalist Movement Party (MHP): Headed by Devlet Bahceli, the nationalists, like other the AK Party and CHP, have pledged to secure better conditions for public sector workers and pensioners.

The party has also said it would reverse the “solution process” initiated by the AK Party to end the Kurdish conflict and take a tough stance on terrorism and defeat the PKK.

The MHP receives the bulk of its support from central Anatolia, where it has usually come second to the AK Party in conservative provinces. The party secured just over 16 percent of votes in June, taking 80 seats. It has also lost a single deputy since the last election.

Peoples' Democratic Party (HDP): The party, which has added to its traditional Kurdish base an appeal to left-wing progressives, gained 80 seats in June’s poll and took more than 13 percent of the vote nationwide.

Led by Selahattin Demirtas and Figen Yuksekdag, the party has been heavily involved in the solution process to resolve Turkey’s three-decade Kurdish conflict as a bridge to the PKK.

The party is strongest in Turkey’s eastern and southeastern provinces and hopes to win leftist votes in the provinces.

Sunday’s vote is being held after coalition talks failed to produce an administration.

On July 9, Prime Minister and AK Party leader Ahmet Davutoglu was asked by President Recep Tayyip Erdogan to form a new government within a 45-day timeframe.

Davutoglu met with both CHP leader Kemal Kilicdaroglu and the MHP’s Devlet Bahceli in coalition talks that ultimately proved futile.

A caretaker government was formed by Davutoglu on Aug. 28 to steer Turkey to the year's second general election, announced by President Recep Tayyip Erdogan on Aug. 27. It will be the country's fourth nationwide election in two years following a presidential election in August last year and local elections the previous March.