"The developments in our region, in Iraq and Syria, are extremely saddening for all of us," Turkish President Abdullah Gul said. 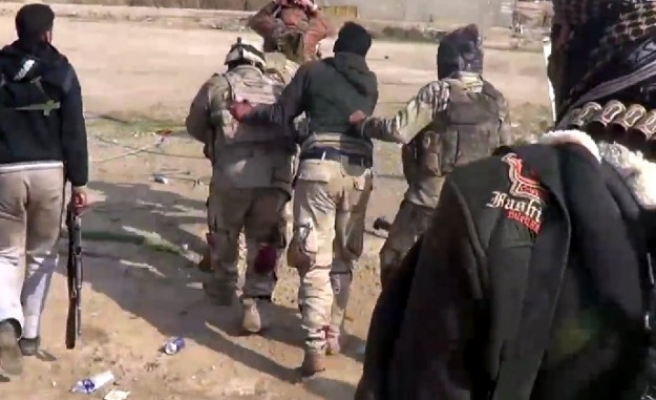 Turkey extended a warning to its citizens in Iraq to leave all but the Kurdish-run north on Wednesday, citing a potential battle for Baghdad and saying "negative propaganda" was being spread against it in the Shi'ite-dominated south of the country.

"Iraq's security crisis continues to deepen and has reached a critical point in which civilians are being targeted," the ministry said in a statement.

It said Iraqi Shi'ite militias were being deployed to Baghdad to defend against attacks by rebels who overran much of northern Iraq last week, and said "false accusations" were being made against Turkey and other foreign countries in Shi'ite areas.

Turkey has long had a tense relationship with Iraqi Prime Minister Nuri al-Maliki's Shi'ite-led government, which some Turkish politicians say is pursuing a sectarian agenda.

"Turks and Turkey are seen as Sunnis in the southern regions (of Iraq). There is this perception that if you are Sunni, you are supporting the insurgents," a foreign ministry official said.

Turkey's Dogan news agency said rebels from the Islamic State in Iraq and the Levant (ISIL) had seized 60 people, including 15 Turks, who were building a hospital near the town of Dour in Salahuddin province, close to the oil city of Kirkuk.

Istanbul-based Dogan said those abducted included workers from Pakistan, Bangladesh, Nepal and Turkmenistan, quoting a worker who was freed along with others let go by the rebels.

"The embassy in Baghdad is investigating the reports," a Turkish foreign ministry official said, giving no more details and declining to be named due to the sensitivity of the issue.

"IMPOSSIBLE TO KNOW WHO'S WHO"

The reported abductions came a week after 80 Turkish nationals were seized by ISIL in the northern Iraqi city, 49 of them snatched from the Turkish consulate, including special forces soldiers, diplomats and children.

Prime Minister Tayyip Erdogan has said those taken from the consulate are unharmed and efforts are under way to secure their release, but the attack drew criticism of his government for failing to foresee the danger and evacuate the mission sooner.

The lightning offensive by ISIL and other rebels threatens to fragment Iraq and leaves Turkey facing a widening rebellion in two of its southern neighbours, with ISIL also making territorial gains in Syria near the Turkish border.

"The developments in our region, in Iraq and Syria, are extremely saddening for all of us," Turkish President Abdullah Gul said during a visit to the northwestern town of Kirklareli, saying radical groups were exploiting a political vacuum.

"We made repeated warnings, as Turkey, to avoid such a scenario ... But unfortunately now there is chaos, with various groups fighting. It's impossible to know who's who any more and our first priority is to protect Turkey and keep it out of this."

Turkey's broadcasting authority this week imposed a ban on media reporting about the diplomats and soldiers seized in Mosul on the grounds of protecting their safety.

The foreign ministry said on Saturday the group had had no option but to surrender after hundreds of heavily armed rebels surrounded their consulate building.

As a precaution, Turkey evacuated its consulate in the southern Iraqi city of Basra on Tuesday - in what Turkish Foreign Minister Ahmet Davutoglu described as a response to an increased security risk.

But Turkish officials have said the embassy in the Iraqi capital Baghdad will remain open for the time being.