Turkey wary of arms sent to Iraq falling to PKK

Turkish Foreign Minister Mevlut Cavusoglu said he PKK Kurdish group should not receive international weapons meant for use against IS in Iraq. 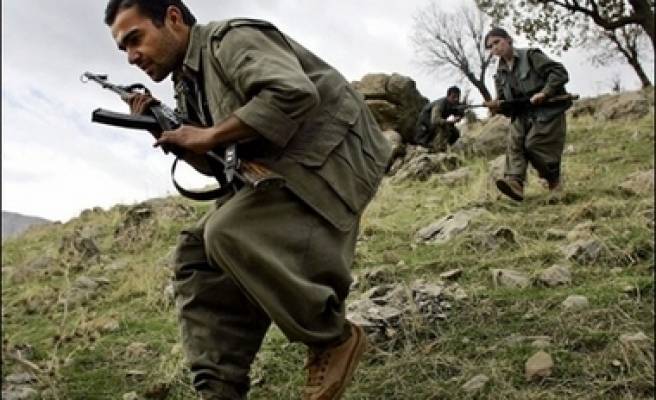 Turkey's new foreign minister said Monday that the PKK Kurdish group should not receive international weapons meant for use against IS in Iraq.

Mevlut Cavusoglu made his remarks at The Anadolu Agency's Editor's Desk, where he discussed recent developments in the region, especially regarding the threat posed by the so-called 'Islamic State' (IS) militant group and the security crisis in Iraq.

Turkey's top diplomat stressed that the international weapons aid being provided to Kurdish peshmerga forces to boost them in their fight against IS militants should not end up in the hands of outlawed PKK group.

Cavusoglu said all factions and people in Iraq should have access to the country's natural resources, as required by the constitution.

All eyes will be be once again on Turkey after U.S. President Obama announced at the recent NATO Summit a "core coalition" plan to fight against IS.

Answering a question about "Western fighters" in the Middle East, Cavusoglu said Turkey has been taking measures to prevent such people from crossing into conflict zones via Turkey.

The issue of foreign fighters' participation in extremist groups in the Middle East arose after the IS-- formerly known as the Islamic State of Levant and Iraq -- gained control of Mosul, Iraq’s second largest city, in June. In Iraq, European fighters have fought alongside the Islamic State-led militants who have been responsible for killing thousands of people.