Defense minister says Turkish Long-Range Missile Defense System Project is one of the biggest projects of the national defense industry. 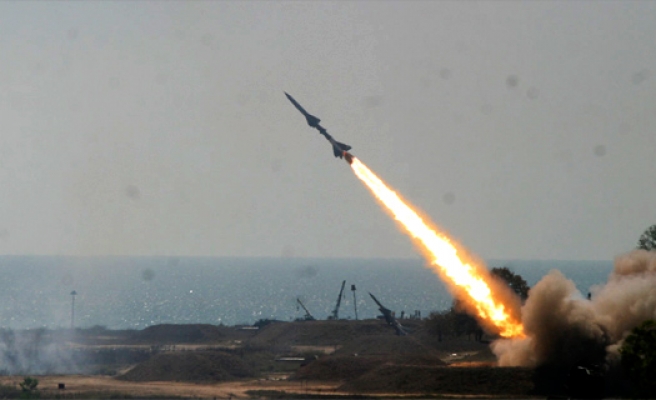 The air missile defense system project will be used in Turkey's own defense without integrating NATO.

"The system is to be integrated with the national systems to be used for Turkey's defense rather than integrating with NATO," Yilmaz said, responding to deputies' questions on the missile defence system project in a written statement.

The proposal evaluation process for the project is finalized, Yilmaz also said.

The Turkish Long-Range Missile Defense System Project is one of the biggest projects of the defense industry, and Chinese, American and Italian-French companies are seeking to participate in it. Negotiations are currently in the hands of Defense Industry Undersecretariat.

Last August, the Defense Industry Undersecretariat announced the project called T-LORAMIDS, for the country's air and missile defense program. This has been continued, as of Dec. 31 of last year, by the ministry which will negotiate further with a number of companies.

Work is to start on the  preliminary design stage for Turkey's next generation air-to-air combat fighter, which is called the TFX, a fifth-generation jet fighter.

Turkey's Defense Industry Executive Committee in 2010 started the TFX project to replace Turkey’s F-16, and to design, develop, and manufacture a fleet that would work together with the Stealth F-35.

Turkey faced unprecedented pressure from NATO and the U.S. to back away from a deal with state-run Chinese firm CPMIEC, because the Chinese system is incompatible with NATO systems.

The Turkish Defense Industry High Coordination Council will gather in April to discuss the development of these projects.