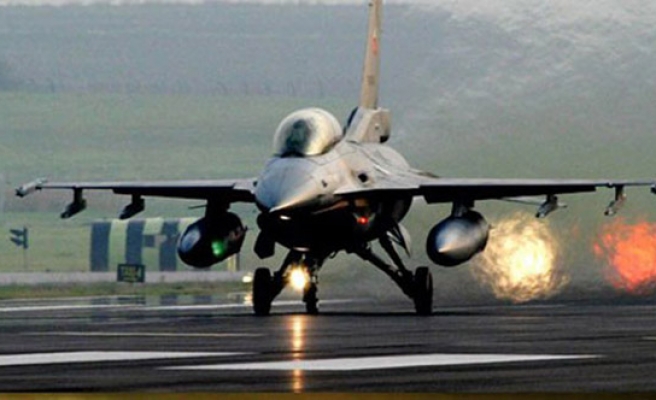 Turkey is prepared to open other air bases for the anti-ISIL coalition as part of an escalation in the campaign against the group, President Recep Tayyip Erdogan said Tuesday.

The president was speaking to journalists in the southern coastal town of Belek, Antalya province, ahead of next week’s G20 summit there that is expected to focus partially on the conflict in Syria.

“We need to clearly express that there are some individual and collective steps that Turkey will take against any terrorist organization, particularly ISIL,” he said.

Referring to the Incirlik air base in Adana province that is being used by U.S. warplanes to attack ISIL targets, Erdogan added: “If it is necessary, they can use also other air bases against ISIL. We are determined to fight against the group.”

Turkey stepped up its campaign against the militant group in July when it carried out its first airstrikes in Syria. Since then, ISIL has carried out suicide bomb attacks in Turkey that have resulted in more than 130 deaths, including the October attack in Ankara.

Erdogan revealed he had a 45-minute phone call with U.S. President Barrack Obama on Monday to discuss the civil war in Syria.

He also criticized Russia for conducting airstrikes against non-ISIL targets. “The attitude of the coalition forces is really important,” he said. “To strike civilians or the Turkmens in Syria in the guise of striking ISIL is not tolerable.”

Erdogan touched on the safe zone for refugees that Turkey has been seeking to create in northern Syria and said there had been positive developments on establishing the zone as well as a no-fly area in the skies above.

“Some friendly countries have begun supporting the safe-zone issue,” he said without elaborating.

The leaders of the world’s 20 biggest economies, with the exception of Argentine President Cristina Fernandez de Kirchner, are to meet in Belek on Nov. 15 and 16 amid tight security to discuss global economic growth and jobs, Syria, the refugee crisis and other issues.