'We have told Europe that there will be no reception centre in Turkey,' PM Davutoglu says 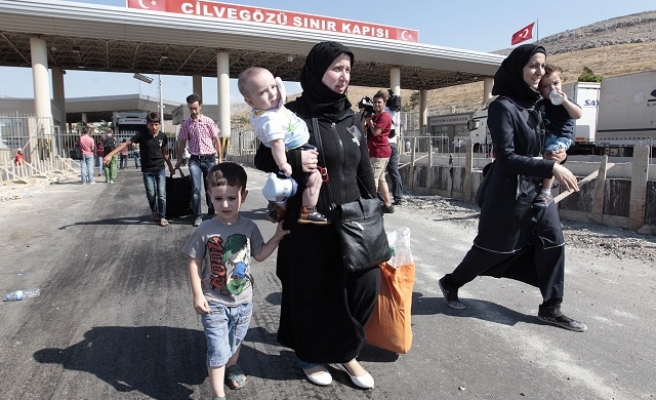 Turkey's Prime Minister Ahmet Davutoglu on Monday ruled out creating a processing centre for the thousands of mostly Syrian refugees trying to enter Europe from Turkish territory, calling instead for them to be hosted in "safe zones" inside Syria.

Responding to repeated calls by EU members for refugees' asylum claims to be handled in the countries from which they set sail for Europe, Davutoglu told Hurriyet newspaper, "We have told Europe that there will be no reception centre in Turkey."

EU leaders last week agreed to boost aid for Turkey and other countries neighbouring Syria, which have taken in the bulk of the over four million people fleeing the Syrian civil war and ISIL extremists.

They also vowed to strengthen the bloc's outer frontiers and create controversial centres in frontline states like Greece and Italy to sort refugees from economic refugees more quickly.

Davutoglu said such centres were "unacceptable" and "inhumane" and repeated Turkey's call for the formation of a safe zone inside Syria stretching from Azaz to Jarablus in the north.

"If Azaz-Jarablus is cleared (of ISIL extremists), we can establish three cities there each hosting 100 thousand people," said the Turkish premier.

"You (Europe) will undertake the financial costs and we will build it," he proposed.

Turkey and Germany would join forces to tackle the refugee crisis, he said.

"We have decided that Turkey and Germany will establish a working group," said Davutoglu, who met with German Chancellor Angela Merkel in New York at the weekend, ahead of this week's UN General Assembly.

"At first, we will form a bilateral mechanism and later will include Greece if necessary," he said, without elaborating further.

Many of the Syrian refugees pouring into Europe have been living in Turkey for months, even years.

"What's good here is that we have for years wanted to draw attention to the humanitarian crises caused by the Syrian crisis but the international community left the table and put the burden on Turkey," Davutoglu said.