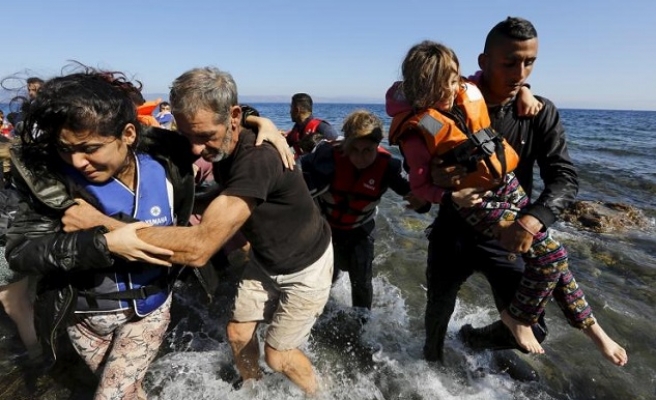 Turkish EU Minister and Chief Negotiator Volkan Bozkir has said a proposed readmission agreement with the European Union will not include refugees that have already reached the Greek islands as they seek to enter Europe.

"Turkey's readmission proposal to the EU will not apply to the existing refugees on Greek islands but to those who will come starting from a certain date after their [existing ones] evacuation," he told Anadolu Agency's Editors' Desk on Thursday.

His remarks came after EU leaders discussed a wide range of proposals by Turkey to solve the refugee crisis Monday, including the return of all irregular migrants, accelerating a visa-liberalization process for Turkish citizens and sharing the work of hosting Syrian refugees.