﻿From nuts to watts: Scientists work to produce electricity from biogas gathered from pistachios. 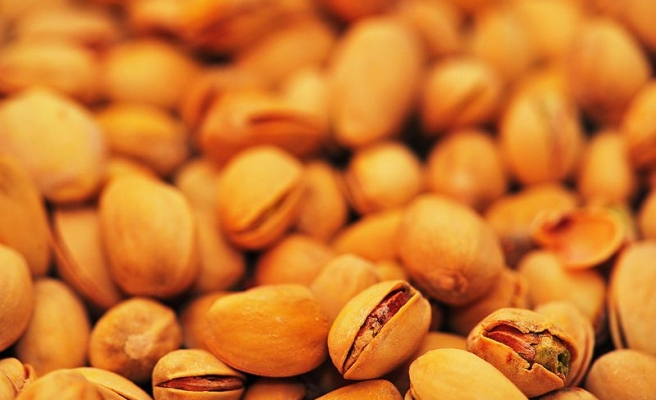 Turkey plans to produce power from pistachios. And it certainly has enough of them.

The country, the world's third-largest producer of pistachios, will gather biogas from the nuts, which are related cashews, to produce electricity. Production will begin initially in Gaziantep, a southeastern city of more than a million people that is one of the most important agricultural centers in the country.

Scientists in Turkey have been working to produce biogas from pistachios on an experimental level for more than three years in a collaboration between the government, a small business development organization and the Middle East Technical University.

One ton of pistachios can produce 1.1 million cubic meters of biogas, which in turn can generate 14 kilowatt-hours -- enough to meet the needs of a typical Turkish house for a year, said Goksel Demirer, a professor in the Department of Environmental Engineering at Middle East Technical University in Ankara.

Turkey produces 112,000 tons of pistachios a year, according to the U.N. Food and Agriculture Organization, making it the third-largest producer in the world after Iran and the U.S.

Gaziantep is the center of pistachio cultivation in Turkey, producing 100,000 tons a year. The city, formerly known as Antep, even lends its name to the Turkish term for pistachio -- Antep fistigi, or "Antep nut."

"Turkey's pistachio production is huge, and the potential of pistachio waste, which contains significant high organic compounds that allow us to use it as a bioenergy source, should be considered," Demirer said. "Since 2011 we have been working on using pistachio waste to produce biogas, and eventually we will have a facility in Gaziantep where we can produce biogas effectively."

A private nut company will open a facility to convert pistachio waste into bio-gas.

"Our studies on pistachio production in Gaziantep found that approximately 1 million cubic meters of liquid waste and, 20,000 tons of solid waste can be produced," Demirer said. He said that would also solve a significant environmental problem in terms of disposing of the waste, which can be expensive.

He said the pistachio waste remaining after the biogas is gathered could be used as fertilizer, as well.

A meeting on the topic opened Friday in Gaziantep. The meeting will bring together people from the public and private sectors, academia, nongovernmental organizations, as well as international entrepreneurs.