Bulent Arinc released a message on his Twitter account, and said ignoring, rejecting, denying and oppressive policies and bans before freedom of thought had relegated to the pages of history. 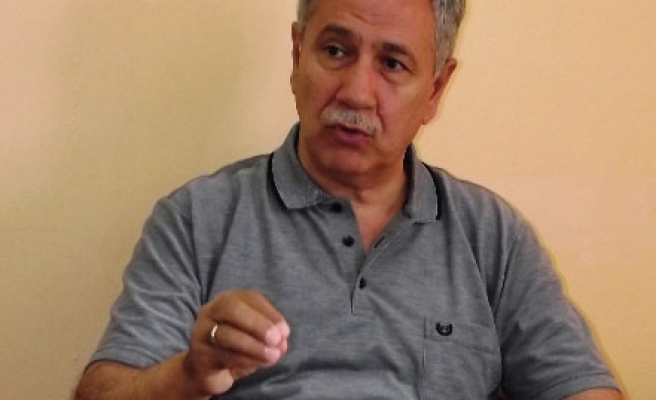 Turkey's deputy prime minister issued a message on Monday to welcome a poet and former politician who had to escape abroad and live there for over 30 years but who has just returned to Turkey.

Bulent Arinc released a message on his Twitter account, and said ignoring, rejecting, denying and oppressive policies and bans before freedom of thought had relegated to the pages of history.

"Kemal Burkay, who lived abroad for 31 years, has just returned to our country, and I would like to say 'welcome' to him," Arinc said.

Arinc said Turkey was improving its democracy each passing day, and lifting obstacles before thought.

"What we expect from Kemal Burkay, one of the biggest poets and most significant intellectuals of this country, will exert efforts with the responsibility of an intellectual in order to end fraternal row among good people of this beautiful country," Arinc said.

Arinc said Kemal Burkay, himself, had faced the biggest pain of being away from his homeland, relatives and friends, and therefore Turkey would need his own words and approach.

A Kurdish writer and poet, Kemal Burkay, joined Turkish Workers' Party in 1965 and was imprisoned in 1966 for an article he wrote. He was arrested again in 1969 and 1971, and he left Turkey. Then he came back to Turkey, but left Turkey again after September 12, 1980 military intervention and returned back to Turkey from Sweden on July 30, 2011.

Burkay is known in Turkey as the writer of the lyrics to pop music singer Sezen Aksu's "Gulumse" (Smile) and also the song "Mamak Turkusu," originally a poem written during his time in Ankara's Mamak Prison, which was put to music by the band Yeni Turku.