A number of Armenian community representatives have suggested that Prime Minister Recep Tayyip Erdogan should be given the Nobel Prize for his efforts to make peace between Turks and Armenians. 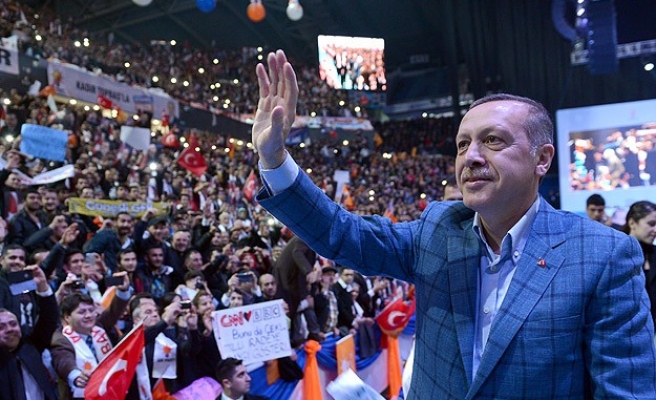 Bedros Sirinoglu, the leader of the Armenian congregation in Turkey, has expressed his thanks to Prime Minister Recep Tayyip Erdogan for his recent speech about the incidents during the First World War in 1915, in which many Armenians lost their lives in clashes with Turks towards the fall of the Ottoman Empire.

Describing Prime Minister Erdogan as a leader who has responded to all of the Armenian communities requests, especially in regards to the return of confiscated community-owned properties, Sirinoglu said that Erdogan's words of condolence was a "first" in Turkey.

"We are grateful to him in every way," Sirinoglu said. "With these steps, he could be a candidate for the Nobel prize. In my opinion, he should be."

Sirinoglu also said that the Armenians should also offer condolences, as deaths occurred on both sides during the war.

"Our Muslim brothers were also killed. This was a fight between two brothers, two friends. For me it would be more just if both sides apologized," he said.

Jerry Hirimyan, another Armenian community leader said that Prime Minister Erdogan set a good example for everyone in his approach.

In saying that the condolences still fell short of what was required, Hirimyan added that it was still a positive step despite being late.

"If the Prime Minister is put forward as a Nobel Prize candidate, we will applaud," he said, asking "who wouldn't want this?"

Armenian journalist Markar Esayan also noted that Erdogan's efforts to secure a ceasefire with PKK rebels to make way for the Kurdish solution process is enough of a reason for him to be nominated for the Nobel Prize. His steps to make peace with the Armenians only adds to his cause, Esayan said.

"If these peaceful steps mature and this process ends with these two old friends coming together, it will definitely be worthy of the Nobel Prize," he said.

Esayan also reminded that had the issue of the 1915 event been brought up in such a way 10 years ago, those writing about it would have faced severe prosecution.

The Armenian patriarch also described Erdogan's words as a "positive statement," adding that it provided a doorway for the future.

Mr. ERDOĞAN, your condolences are not enough. What happened 1915-1923 was mass killings. My grandmother was there and she was just lucky. Every body must do at least 1 good thing during his lifetime. Just be human.