The Beşiktaş chairman said he was not asked about Beşiktaş Deputy Chairman Serdar Adalı, who is currently under arrest in the ongoing investigation. 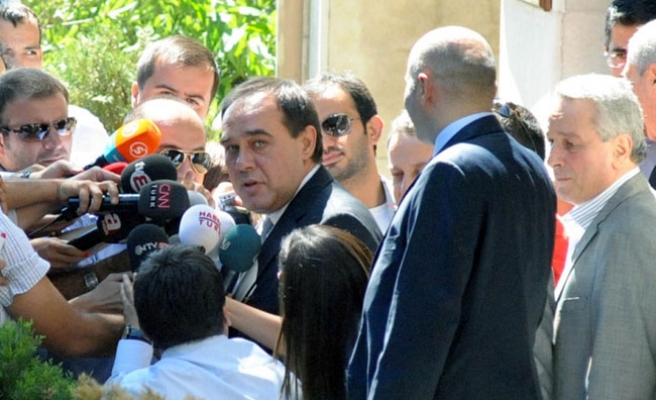 Beşiktaş Chairman Yıldırım Demirören on Monday testified to the prosecutor spearheading a mass match-fixing investigation which has so far resulted in the arrests of 31 individuals, including senior managers of various football clubs.

"I am not a suspect," Demirören told reporters as he left the İstanbul Courthouse in Beşiktaş shortly before noon. He said the prosecutor had summoned him seeking information about Turkish football.

The Beşiktaş chairman said he was not asked about Beşiktaş Deputy Chairman Serdar Adalı, who is currently under arrest in the ongoing investigation.

In a related development, Fenerbahçe captain Alex de Souza is believed to have been involved in match-fixing activities according to an inquiry by İstanbul Police Department's organized crime bureau. In a police submission to Prosecutor Mehmet Berk, who is currently investigating the match-fixing case, it was noted that Alex had called fellow expats playing at various Turkish football clubs in an attempt to manipulate them. The 800-page police report argues that Alex attempted to speak with Bursaspor's Brazilian player Gökçek Vederson, who formerly played for Fenerbahçe, and Trabzonspor's Brazilian Jaja Coelho, before a Trabzonspor-Bursaspor game.

The Hürriyet daily reported on Sunday that Alex is considered a suspect, jailed Fenerbahçe Chairman Aziz Yıldırım is mentioned as the leader of a criminal group and board members İlhan Ekşioğlu and Şekip Mosturoğlu, who are also in currently in custody, assisted him in managing the group. If the prosecutor takes the allegations against Alex seriously, the Brazilian captain will be summoned to testify.

According to the police report, there are two criminal groups that manipulated football games in Turkey. One group was led by football agent Olgun Peker, former chairman of Giresunspor, while Yıldırım is the head of the other.

The match-fixing investigation concerns claims that some club officials and footballers had rigged games in the Spor Toto Super League and the Bank Asya League 1. Last month police raided homes and football club premises, detaining some 60 people suspected of fixing football matches in the two leagues last season. Many high-ranking football officials from various Turkish clubs, including Fenerbahçe and Beşiktaş, have been arrested on charges of fraud and match-fixing.

Chief UEFA inspector in İstanbul to meet with prosecutor

The chief disciplinary inspector of the Union of European Football Associations (UEFA), Pierre Corno, arrived in İstanbul on Monday to hold talks with the prosecutor and TFF President Mehmet Ali Aydınlar.

TFF Vice Chairman Lütfi Arıboğan met Corno at Atatürk Airport and the UEFA inspector reportedly arrived at Beşiktaş Courthouse in the afternoon. Aydınlar was approached by reporters at the entrance to the İstanbul Courthouse in Beşiktaş, but he refused to comment about the meeting.