The coach of Turkey's national basketball team said that Turkey won the match thanks to its successful defense. 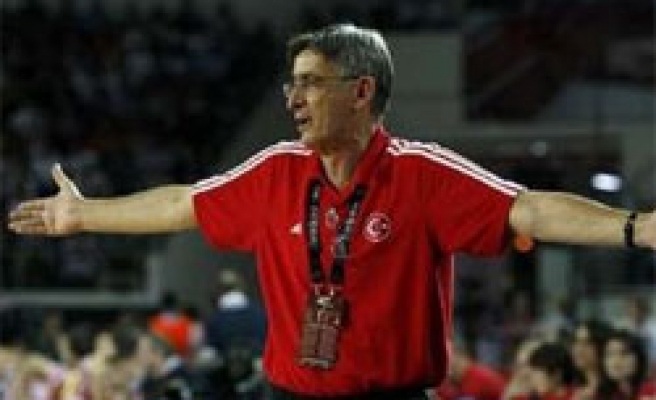 The coach of Turkey's national basketball team said on Sunday that Turkey played a good game in general against Russia today and it won the match thanks to its successful defense.

Speaking at a press conference held after Turkey's defeating Russia in its second match in Group C of the World Basketball Championship, Turkey's coach Bogdan Tanjevic said his team had displayed a similar performance in both of its games so far.

"We were good in defense and we won," Tanjevic said.

Commenting on Turkey's victory, national basketball player Hidayet Turkoglu said that the Turkish team's goal was clear and it took every team seriously.

"I am happy that we have won. After a one-day break, our fight for the group leadership will continue," Turkoglu said.

Moreover, Russia's coach David Blatt said that his players were faced with a very strong team tonight and they lost the match as they took wrong decisions at critical moments.

Turkey defeated Russia 65-56 in its second game in Group C of the FIBA 2010 World Basketball Championship in Ankara on Sunday.

The Turkish team had previously defeated Ivory Coast 86-47 in its first game in the group.