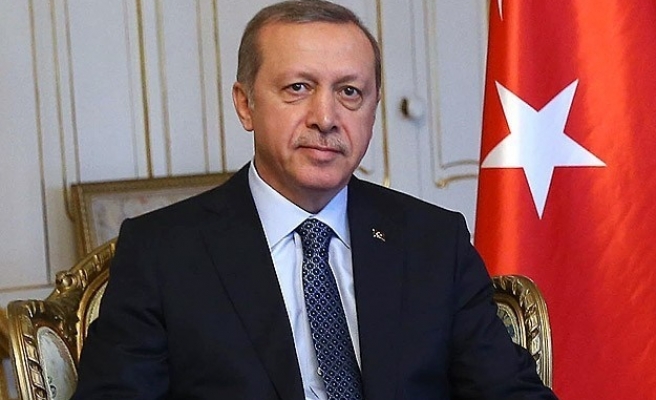 Speaking at Esenboga International Airport in Ankara before leaving for France, Erdogan said: "Unfortunately, Russia is now in a serious mistake and I was under the impression that this step will be a sign which will lead it [Russia] to isolation in the region."

Russia began airstrikes on Wednesday to bolster the regime of President Bashar al-Assad. Moscow insists the strikes are targeting ISIL and affiliated terrorist groups, but Western countries and their Gulf allies believe moderate opponents of Assad and civilians are bearing the brunt of Russian bombing.

Erdogan asked: "What is Russia trying to achieve here? There is Assad who conducts state terrorism and unfortunately both Russia and Iran support this person.

"Countries that are collaborating with the [Assad] regime will give an account before history."

Erdogan asked how many refugees are sheltering in Russia and Iran.

Turkey has welcomed Syrian refugees since the beginning of the civil war in March 2011 and is now hosting around two million people under temporary protection regulations.

"Up to now, we have spent $7.5 billion," said Erdogan, adding it is Turkey's "conscientious duty".

The president reiterated the need of a safe zone to be established in northern Syria but added: "It is obligatory to have no-fly zone. Otherwise, it would be an area that is open to deaths."

Upon a question about the remarks from U.S. President Barack Obama over the train-and-equip program for Syrian opposition groups, Erdogan said: "We are in the fire. We are doing our best." He also added Turkey will continue with the program.

The U.S. recently suspended a train-and-equip program for Syrian opposition groups after some of the trained forces defected.

"I'm the first one to acknowledge it has not worked the way it was supposed to," Obama said Friday during a White House press conference, adding that the U.S. wanted the trained fighters to focus on ISIL, while these forces were also bombed by the Syrian regime.

Erdogan said Turkey will also continue with the fight against ISIL.

Erdogan said: "I hope that we will not experience distress -- like we had on June 7 -- in the region during this election. If we experience, then the YSK [Turkey’s Supreme Election Board] will be in charge of this. Because the conditions are obvious."

Concerns have been expressed about the security of vote counting in parts of Turkey’s east and southeast, amid ongoing clashes between the Turkish military and the PKK.

A fresh general election on Nov. 1 will take place nearly five months after the election on June 7 resulted in no party winning an overall majority.

"Upon this issue, we have already said that we are always against violence," said Erdogan.

On Oct. 1, Ahmet Hakan, a columnist for the Hurriyet daily newspaper and host of a TV show for the CNN Turk network, was assaulted by four attackers as he was about to enter his residence in the Nisantasi quarter of Istanbul's Sisli district.

"It is not possible to approve of the incident, but these friends need to avoid writings which are targeting and cursing other columnists," said Erdogan.