President said that Turkey supports the latest airstrikes carried by the U.S. in Syria and should continue without any break. 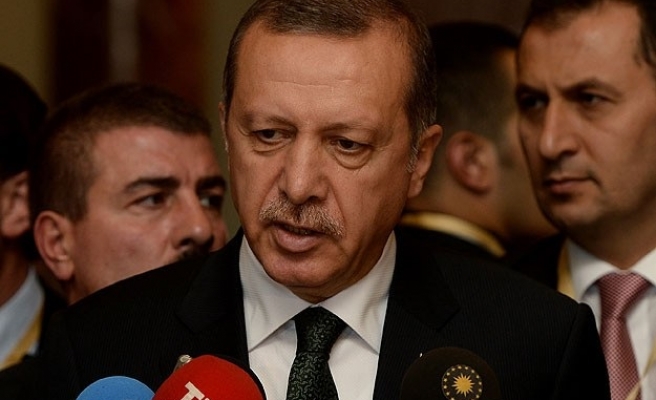 Turkey could give military or logistical support to U.S.-led air strikes against ISIL insurgents in Syria, President Tayyip Erdogan was quoted as saying on Tuesday.

"We will give the necessary support to the operation. The support could be military or logistics," Erdogan was quoted by Turkish broadcaster NTV as telling reporters in New York.

The United States and its Arab allies bombed Syria for the first time on Tuesday, killing scores of ISIL fighters and members of a separate al Qaeda-linked group, opening a new front against militants by joining Syria's three-year-old civil war.

NATO ally Turkey, which is alarmed by ISIL but also worried about Kurdish fighters and opposed to any action that might help Syrian President Bashar al Assad, had so far refused a military role in the coalition.

Turkey is home to a major U.S. base in the southern town of Incirlik, which officials have said has not been used so far in any lethal strikes in Iraq or Syria.

Erdogan said Turkey viewed the U.S.-led action positively and said it should continue.

Turkish officials has said its hands were tied while 46 of its citizens were held hostage by militants in northern Iraq, including its consul general in Mosul, soldiers and diplomats' children.

On Saturday, Turkish intelligence agents brought the hostages back to Turkey after more than three months in captivity, in what Erdogan described as a covert rescue operation.

"Clearly, Turkey had an initial challenge with respect to its hostages and that being resolved, now Turkey is ready to conduct additional efforts along with the rest of us in order to guarantee success," U.S. Secretary of State John Kerry said at a counter-terrorism forum.

Turkey had already indicated its support for the coalition but said it would play a largely humanitarian and logistical role, including trying to stem the flow of foreign fighters travelling through its territory.

"Turkey is still determining what its posture is going to be," a senior U.S. Obama administration official, speaking on background, told reporters on Tuesday.

"At minimum, we certainly want their full cooperation and effort to crack down on the flow of foreign fighters in and out of Syria and Iraq. Turkey's been a transit point for ... foreign fighters, so we've had discussions with them on that issue."

Turkish authorities have drawn up a "no-entry" list of 6,000 people, some as young as 14, based largely on intelligence from Western agencies, and have deported more than 500 suspected of seeking to join the extremists this year alone.