The move came after the Federation rejected Fenerbahce's appeal against their exclusion from this season's Champions League, in which it has been replaced by Trabzonspor 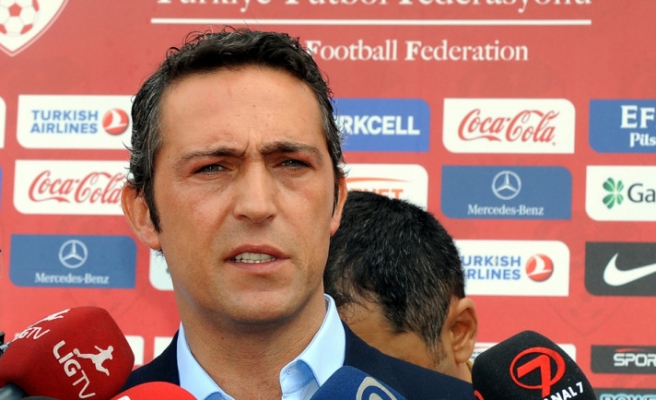 Turkish champions Fenerbahce said on Friday it had asked Turkey's football federation to allow it to play in a lower division as it seeks to manage the impact of a match-fixing investigation targeting the major Istanbul club.

The move came after the Turkish Football Federation (TFF) rejected Fenerbahce's appeal on Thursday against their exclusion from this season's Champions League, in which it has been replaced by Trabzonspor.

More than 30 players and officials have been jailed pending trial over the match-fixing claims, including Fenerbahce chairman Aziz Yildirim and the coach and deputy chairman of Besiktas, in connection with alleged manipulation in 19 matches.

"Our deputy chairman Ali Koc and management board member Ali Yildirim went to the Federation and conveyed our request to play in a lower league," Fenerbahce said in a statement on its website.

Ali Koc said he expected the federation to announce their decision on the subject at the start of next week.

Fenerbahce has said its loss of revenue due to the Champions League exclusion would be some 25 million euros ($36 million), sending its shares tumbling 18 percent on Thursday. The shares rose 3 percent on Friday.

The club has said UEFA's stance on the issue is unlawful and that it could take legal action against both it and the Turkish federation, saying it was "innocent until proven guilty".

UEFA had written to the federation on Tuesday saying Fenerbahce must withdraw from the Champions League or the TFF should take the decision to bar them or face a disciplinary investigation, the federation said.

TFF Chairman Mehmet Ali Aydinlar said UEFA warned that Turkey generally faced a punishment of up to eight years if the federation did not act, Turkish media reported.

The TFF, which took the decision to bar Fenerbahce at an extraordinary board meeting on Wednesday before the Champions League draw, has postponed the start of the season by a month until Sept. 9 so its ethics committee can investigate the match-fixing claims.

Among games reportedly under investigation are Fenerbahce's 4-3 victory over Sivasspor which clinched the title on the last day of the season and the cup final between Besiktas and IBB. Besiktas have returned the trophy pending the probe's outcome.