Serketin.com was five years in development and now is online and includes search function for Laz, Zaza and Armenian 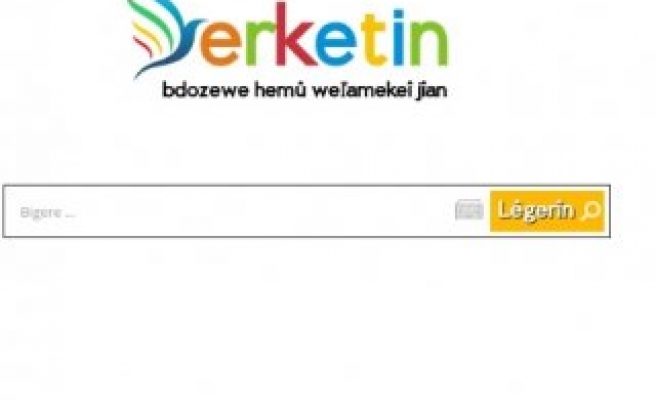 Serdar Anustekin, the site’s manager, told Anadolu Agency on Thursday that the company behind ‘Serketin’ [‘success’ in Kurdish] would also launch a Kurdish-language video-sharing site in the coming months.

Speaking at Anadolu Agency's regional directorate in Diyarbakir, Anustekin said: "Currently our site has been broadcasting in all languages. Our aim was to include other languages spoken in Turkey like Laz, Zazaki [spoken by Zaza Kurds] and Armenian."

He said that he started the project – www.serketin.com – in 2010 and completed it in 2015 so that people could speak in their own language and introduce their own culture.