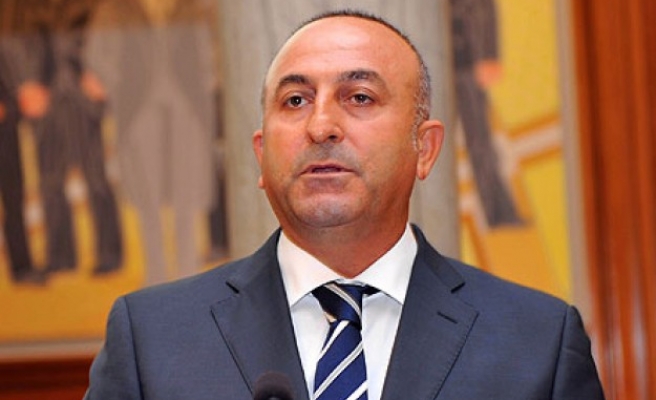 Mevlut Cavusoglu was speaking at the 24th African Union Summit in the Ethiopian capital Addis Ababa, where he said Crimean Tatars have been facing pressure since the Russia's 2014 annexation of Crimea.

Cavusoglu’s comments come after Deputy Chairman of the Crimean Tatar Mejlis Ahtem Ciygoz was taken into custody on Thursday by the Russian Federal Investigative Committee on suspicion of organizing "mass disorder" in front of Crimea's parliament.

Simferopol witnessed clashes on Feb. 26, 2014 when Crimean Tatars and other pro-Ukrainian activists clashed with pro-Russian demonstrators.

A referendum on the status of Crimea was held on March 16, 2014. A majority of the Crimean population voted to become part of the Russian Federation. The U.S. and EU denounced the referendum as illegitimate, as the region was occupied by Russian soldiers at the time.

Although Turkey is among the countries opposed to Russia’s annexation of Crimea, and one that defends the territorial integrity of Ukraine, Turkey did not implement the Western-led economic sanctions imposed on Russia.

Today, Cavusoglu said Turkey had aired problems related to Crimean Tatars to Russian president Vladimir Putin during his visit to Ankara on Dec. 1, adding that the Turkish side “did not see any positive developments in this regard."

Russia had previously said that it is ready to grant ethnic and cultural rights to the Crimean Tatar people.

"I hope these pressures will end and that Crimean Tatars will be given the rights that have been violated so far," said Cavusoglu.

According to Turkey’s Foreign Ministry, there are 280,000 Crimean Tatars in Crimea, about 13 percent of the total population.

Over 35 African leaders met Friday in Addis Ababa for the 24th Ordinary Session of the African Union’s Heads of State and Government Summit.

The two-day summit's theme is: "Year of Women’s Empowerment and Development towards Africa’s Agenda 2063."

"Together with China and India, we are one of the three strategic partners of the African Union," said Cavusoglu.

Turkey has been an observer state in the African Union since 2005 and has also been considered a strategic partner for the union since 2008.