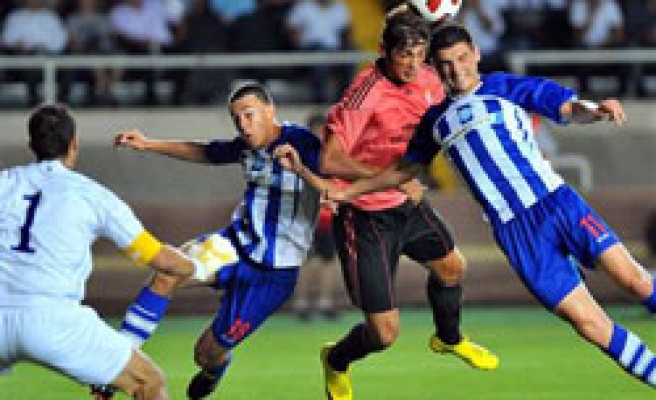 Galatasaray, which finished the first half with a 1-0 lead against its opponent, could not hold on to it, though it managed to score another goal in the second half.

Arda Turan (left winger), who scored Galatasaray's first goal in the 26th minute, tried to bolster his team's lead with second goal in the 76th minute.

However, the visiting team, OFK Belgrad, did not give up so easily as Krstic scored his team's first goal in the 80th minute.

OFK Belgrad's Injac evened the score with a header from a corner shot in the 86th minute.

Galatasaray, which seized a 2 goal lead in the game, failed to hold on to it and jeopardized its chances of advancing to the play-off rounds, in the return match which will be played in Belgrade on August 5.