Former premier Erbakan was a mentor to Turkey’s current President Recep Tayyip Erdogan, who was raised in the Islamist Milli Gorus (National Vision) movement that Erbakan had started. 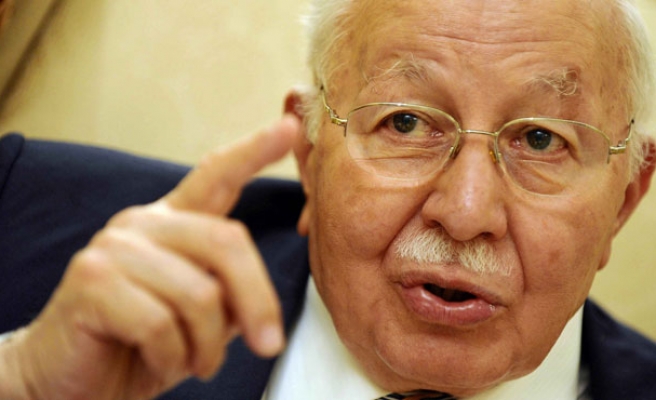 It has been revealed that former Turkish Prime Minister Necmettin Erbakan had been spied on under the suspicion that he was a 'terrorist'.

The late Erbakan's name was among a list of 64 names including politicians, defence industry workers, businessmen, journalists and writers who had their telephone conversations monitored upon the orders of an Ankara-based prosecutor, Turkey's daily Yeni Safak reported.

According to the newspaper, Erbakan, who was ousted in a coup in February 1997, had been the target of a wiretapping scandal for three months between July and September 2009, a little over a year before he passed away.

Former premier Erbakan was a mentor to Turkey’s current President Recep Tayyip Erdogan, who was raised in the Islamist Milli Gorus (National Vision) movement that Erbakan had started.

Turkey has been gripped by a wiretapping scandal which was exposed when it was revealed that hundreds of thousands of Turkish citizens had had their telephones tapped illegally.

The scandal was taken to new lengths when listening devices were found hidden in plugs in the Prime Minister's office, with Erdogan pointing the finger at infiltrators loyal to his former ally, US-based congregation leader Fethullah Gulen.

Since then, Turkey's new president Recep Tayyip Erdogan has led a purge on the police force, Erdogan requested Gulen's deportation from the US to Turkey to face questioning regarding allegations of his role in leading a spy ring which has not only infiltrated the police force, but also the judiciary and the government itself.