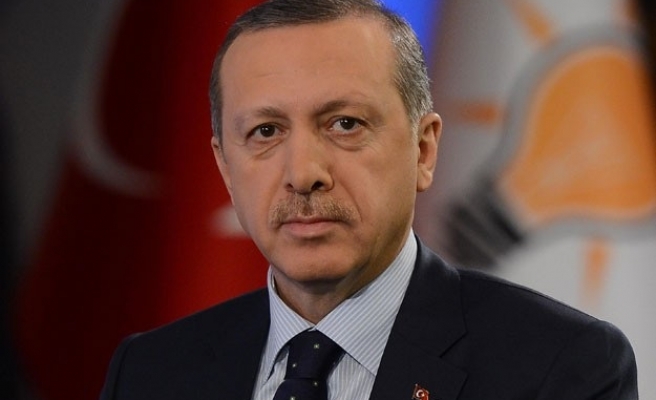 "At this point, only members of the Peoples' Democratic Party (HDP) and our intelligence agency have been visiting the island [where Ocalan is jailed]," Erdogan told a joint press conference in Ankara with Kyrgyzstan's president.

Erdogan's remarks came as a reaction to some media claims that arose after a HDP deputy said that politicians began to discuss the Kurdish issue with the jailed PKK leader.

"The issue has been pulled out of being discussed solely in bureaucratic level and has begun to be discussed between political delegations," Sirri Sureyya Onder said on Monday.

Erdogan criticized the HDP and said, "If they continue to approach the issue with this mentality, they will close their own doors," stressing that the HDP delegations that regulary visit Ocalan do this with the government's approval.

The Kurdish issue refers to Turkey's 'solution process' which began early last year with a ceasefire between the Turkish government and PKK. The government pledged democratic reforms to empower minorities, particularly the Kurdish minority, which is by far the largest forming 18 percent of the population.

Ocalan was arrested by Turkish forces in 1999 and sentenced to death for forming armed gangs under Article 125 of the Turkish Penal Code. The sentence was commuted to life imprisonment as the death penalty was abolished in Turkey in 2004.