Erdoğan visited Tatlıses at the Darüşşafaka Ömran and Yahya Hamuluoğlu Physical Treatment and Rehabilitation Center where he has been receiving treatment. 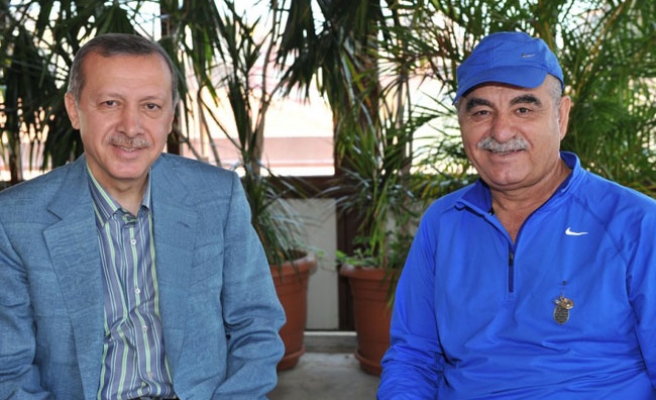 Prime Minister Recep Tayyip Erdoğan on Sunday visited singer İbrahim Tatlıses in the hospital where he has been receiving treatment for a second time after the singer was shot in the head in March.

Erdoğan visited Tatlıses at the Darüşşafaka Ömran and Yahya Hamuluoğlu Physical Treatment and Rehabilitation Center where he has been receiving treatment. Tatlıses was far better than the first time Erdoğan visited in March and welcomed the prime minister on foot.

Noting that he has followed the prime minister's recent visit to famine-hit Somalia with a group of Turkish artists, Tatlıses told Erdoğan that he also would have liked to join him. "I would have cried a lot if I had gone there," the singer told Erdoğan. The visit lasted 45 minutes.

The 58-year-old singer, who has millions of fans in Turkey, Greece and the Middle East, and his spokeswoman, Buket Çakıcı, were attacked in İstanbul in a drive-by shooting on March 14. Tatlıses and Çakıcı survived the incident.

Tatlıses -- who received several bullets to the head and had to undergo at least two brain operations -- traveled to Germany for physical therapy after a two-week stay at a hospital in İstanbul and returned to the country in June. He is still undergoing physical therapy at Darüşşafaka Ömran and Yahya Hamuluoğlu Physical Treatment and Rehabilitation Center. On Sunday, the singer again went to Germany for another surgery.