Rumors are circulating the Turkish media that ISIL militants have surrounded the Suleiman Shah tomb, a Turkish military base in Syria's Aleppo. 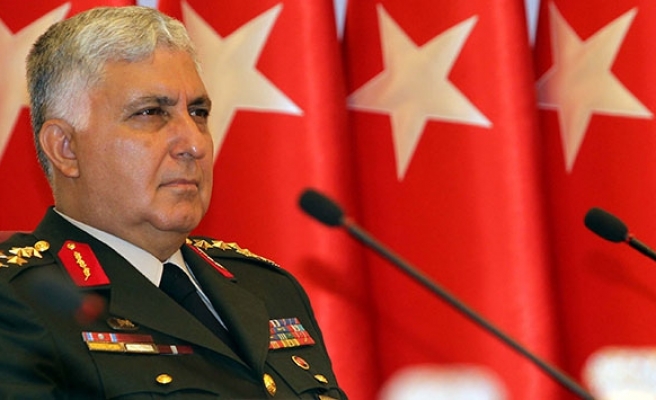 Turkey's Chief of General Staff Necdet Ozel has reassured soldiers based at the Suleiman Shah tomb, a Turkish military base in Syria's Aleppo, that the Turkish Armed Forces will defend them if they are attacked by the ISIL.

Rumors are circulating the Turkish media that ISIL militants have surrounded the enclave, which has been denied by Turkish president Recep Tayyip Erdogan, but the group have nonetheless threatened to attack the base in the past and are known to destroy tombs in the region.

"You are not alone and the Turkish Armed Forces will be at your side the moment we hear the news that you are under threat" General Ozel told the soldiers in an Eid message.

"I have full faith that from now on you will continue to perform your duties with success and represent our nation and armed forces while preserving our honor and dignity" he said.

Speaking at a reception to mark the start of Turkey’s new legislative year Wednesday night, President Recep Tayyip Erdogan dismissed reports the base is surrounded, saying "In such a case, the response of Turkey would be clear and certain."

Suleiman Shah was the grandfather of Osman I, the founder of the Ottoman Empire, and his tomb is a Turkish enclave 30 kilometers south of the border.

In March, 60 special forces soldiers were deployed to the tomb, sited on the Euphrates river, as ISIL fighters took control of nearby villages.

Turkey is in the process of drawing up plans for a buffer zone on the border in Syria that will secure regions controlled by the Free Syrian Army and the Islamic Front, possibly manned only by Turkish troops, according to Hurriyet Daily News.

Although Turkey has insisted that a buffer zone should be created with international support, an unnamed security source told the daily that Turkish Armed Forces would still form a buffer zone without foreign troops.

However, the source added that the buffer zone will not include regions controlled by the warring Kurdish Democratic Union Party (PYD) forces or the ISIL.

Turkey's parliament will vote later on a motion which would allow the government to authorise cross-border military incursions against ISIL fighters in Syria and Iraq, and allow coalition forces to use Turkish territory.

The co-chief of the Syrian Kurdish People’s Party (PYD) - a strong affiliate of the Turkey-based Kurdish separatist PKK terrorist organization - Salih Muslim said that he will regard a buffer zone in northern Syria as an occupation.

Salih Muslim argued against Turkey's Prime Minister Ahmet Davutoglu, who accuses PYD of cooperating with the Syrian regime, saying “We were fighting against the Syrian regime during the time that (Turkey) was getting along with them.”

He said that people of Rojova – the name given to what is considered to be Kurdistan in Syria - are fighting to defend their lands from ISIL advances.

Regarding the buffer zone, he added “we will regard this as an occupation.”

Talking to Med Nuce, a regional Kurdish media outlet, Salih Muslim responded to Prime Minister Davutoglu saying “Everyone knows about border-crossings. Mr Davutoglu can't deny this. We always support Turkey. The people on each side of the border are our people. So, the security of our borders is more urgent than any thing.”

Salih Muslim said that the solution for the Kurdish issue is taking place in Kobani. “Kobani has achieved a historical duty and unified the Kurdish people.”

Muslim also said that some want use Kobani for blackmail and added “Everybody should know that Kobaní won't give up. Our people and our fighters will resist all the way.”

PYD's co-chief called everyone, who seeks peace, to support Kobani.