Erdogan and Davutoglu, who was appointed prime minister last week, have both made clear that their efforts to curb Gulen's influence will continue in their new roles 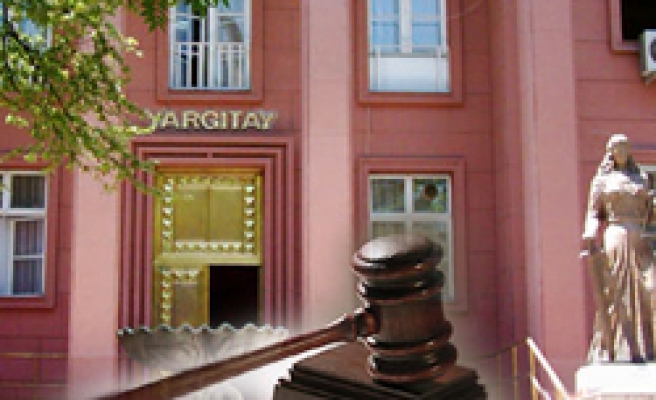 One of Turkey's most senior judges warned against government interference in the judiciary on Monday, signalling a looming struggle for influence over the courts as President Tayyip Erdogan pursues a drive against his political foes.

Sworn in as head of state last week, Erdogan has vowed to press a struggle against U.S.-based Islamic cleric Fethullah Gulen, whom he accuses of using influence within the judiciary and police to try to seize the levers of state power.

"A judiciary which is under the influence of the executive cannot be expected to implement real supervision of acts and activities which are arbitrary and illegal," Ali Alkan, chairman of Turkey's top appeals court, told a ceremony in Ankara to mark the opening of the legal year.

Neither Erdogan nor new Prime Minister Ahmet Davutoglu attended the ceremony, contrary to past practice. Erdogan stormed out of a similar ceremony in May after the head of the bar association made inflammotary comments about his government.

Erdogan and Davutoglu, who was appointed prime minister last week, have both made clear that their efforts to curb Gulen's influence will continue in their new roles.

Erdogan accuses Gulen's followers of seeking to establish a "parallel state" and of orchestrating a corruption probe against his inner circle based on illegal and "constructed" recordings, which began last December with the arrest of sons of several ministers and businessmen close to him.

"All judicial institutions and members must be extremely sensitive, careful and courageous in the face of political, ideological and interest groups which try to affect, influence and virtually cow into submission the judiciary," Erdogan said in a written statement on Monday.

In the final months of his decade as prime minister, he and his government faced accusations of interfering with the judiciary to quash the graft probe he blamed on Gulen.

Parliament in February approved a law boosting government influence over the High Council of Judges and Prosecutors (HSYK), which makes judicial appointments. In April, the constitutional court cancelled some articles of that law in a victory for the opposition.

The battle is expected to come to a head on Oct. 12 when new members will be elected to the HSYK, seen as an opportunity for the government to try and curb Gulen's influence. Turkey's 15,000 judges and prosecutors will choose 10 principal members and six reserve members of the HSYK board.

"There is concern about the desire to exert pressure on judicial institutions in order to design the judiciary according to one's whim, and about efforts to intervene in the elections being held within the judiciary," Alkan said.

Gulen, whose followers say they number in the millions, is believed to have built up power in the police and judiciary over decades.

On Monday, dozens of police officers, including a former chief of a police financial unit, were detained in a fresh wave of arrests over allegations they were involved in "seeking to overthrow the government", local media said.

Prosecutors meanwhile dropped one of the main corruption cases from last December against 96 people including Erdogan's son, Bilal, and several high-profile business people, according to Turkey's Dogan news agency.

Dogan cited the Istanbul prosecutor's office as saying those who led the investigation had attempted to "partially or completely disrupt the government of the Turkish Republic and overthrow it with the use of force".

A separate but related case against 60 corruption suspects was dropped in May.