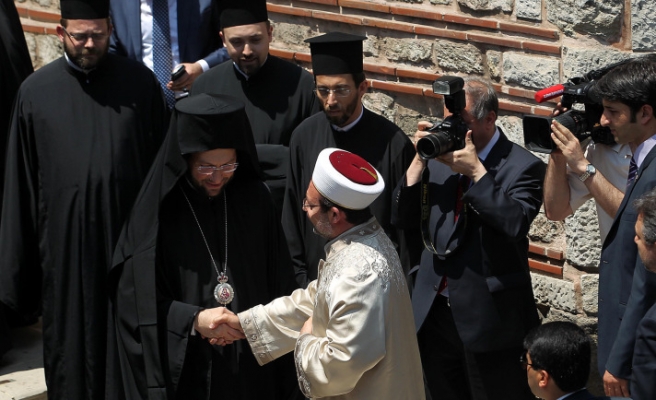 Görmez thanked the patriarch for the warm welcome and said followers of both religions have lived together for centuries. The Muslim leader also expressed a wish for warm relations between all segments of society.

Bartholomew also expressed his best wishes to Muslims on the Night of Forgiveness (Berat Kandili in Turkish) and for Ramadan and Eid al-Fitr (a three-day religious festival that marks the end of the holy month of Ramadan) in advance of the holiday for Muslims across the world.

The meeting is considered especially important as Görmez is only the second head of the Religious Affairs Directorate to visit Greek Orthodox Patriarch Bartholomew. The patriarch had congratulated Görmez on his appointment as chief of the directorate in 2011 and invited him to the patriarchate.