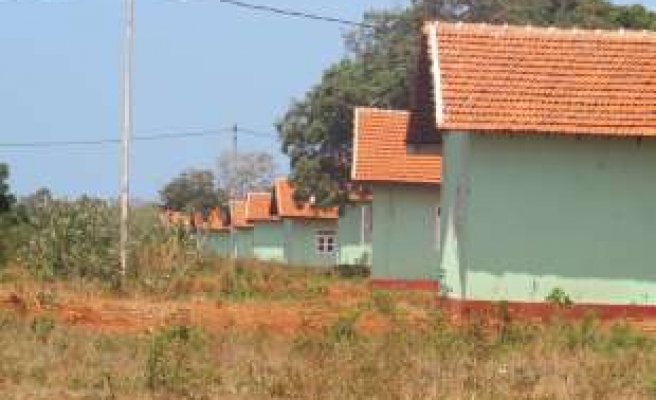 Turkish Cooperation and Coordination Agency (TIKA) has started construction of 100 houses with the instruction of Turkish PM.

Prime Minister of Sri Lanka wrote a letter to Erdogan demanding for help for Muslims who suffered during the civil war in Sri Lanka, according to information received by the AA reporter.

Muslim families, who returned to their former residences after the termination of clashes in Sri Lanka in 2009, expect their needs of shelter to be met.

Noting that the Muslim refugees who were displaced wished to return to their homelands, Jayaratne also stated to have known generosity of Turkey which always extends a helping hand for people under difficult situations, said the letter.

Upon Erdogan's instruction in the aftermath of this letter, TIKA has started to construct 100 houses in northern Mannar province which had been severely affected during the civil war. Need of people for shelter and clean water will be met as well.

In addition, TIKA has granted computers to a training office of National Youth Council which operates in Mannar to provide employment.

An armed struggle started against the Sri Lanka government with the independence demand of the Liberation Tigers of Tamil Eelam and minority Muslims were forced to leave their houses in 1990 and about 10,000 became homeless.

A great many of homes were destroyed and infrastructure of the region was heavily damaged.

Its Srilankas duty to uphold the dignity of srilankans NOT of turks!!