A Turkish Airlines aircraft carrying 104 passengers skidded off the runway at Mumbai Airport on Friday, the second incident in a week to raise concerns that some Indian airports are over-stretched. 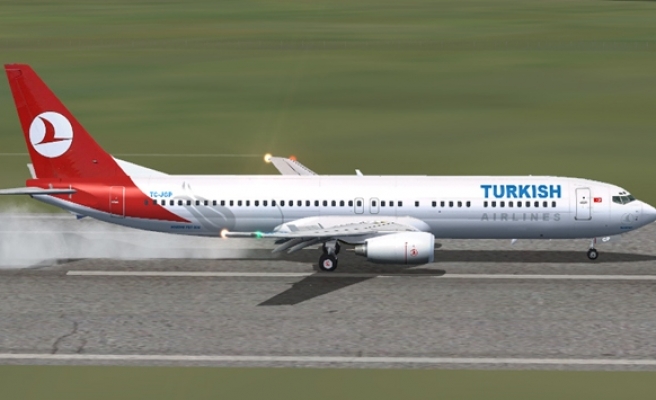 A Turkish Airlines aircraft carrying 104 passengers skidded off the runway at Mumbai Airport on Friday, the second incident in a week to raise concerns that some Indian airports are over-stretched.

Air traffic over India is on the rise as its fast-growing economy attracts business and its 1.2 billion population increasingly takes to the skies. New airports have been built in several cities but others such as Mumbai are heavily congested.

The main runway at Mumbai -- India's most populous city -- was still closed late on Friday as authorities struggled to remove the plane.

The Airbus 340 plane lost control shortly after landing on a flight from Istanbul. The passengers and the crew were evacuated and there were no injuries, Turkish Airlines said in a statement.

Turkish Airlines said the incident happened "as a result of excessive rainfall" and the carrier and local authorities were still investigating the cause of the event.

It was the second such mishap this week. On Monday, a Gulf Air plane skidded off the runway in Kerala's Kochi airport, which was also lashed by heavy rain.

Mumbai's Chhatrapati Shivaji International Airport is no stranger to safety incidents. Over the last year it has suffered a series of power blackouts, including one that shut down air traffic control as four planes were preparing to land.

Last year in May, an Air India Express airliner crashed and burst into flames outside Mangalore airport in Karnataka, killing 158 people in India's worst air disaster in a decade.