A woman wearing a special type of swimwear intended to cover the body was reportedly not allowed to use a swimming pool shared by the residents of an apartment complex in Bursa. 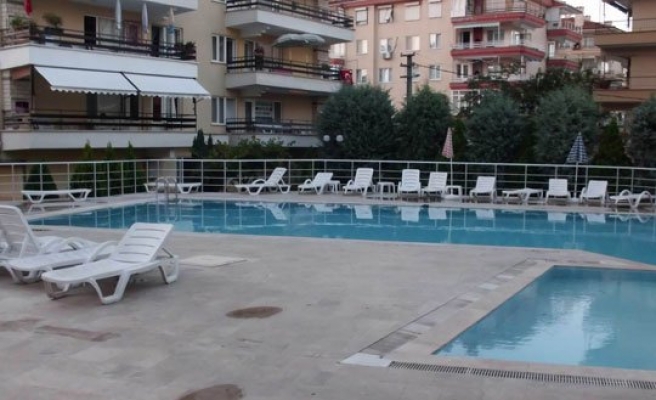 A woman wearing a special type of swimwear intended to cover the body was reportedly not allowed to use a swimming pool shared by the residents of an apartment complex in Bursa.

Büşra Tamdan was not allowed to swim in the pool of the complex in the Mudanya district wearing a modest swimsuit, known as a “hashema.” The administrator of the complex allegedly sent a security guard to warn Tamdan to leave the pool area on Sunday when he was informed that she was swimming in the pool.

Tamdan's father, İsmail Tamdan, who witnessed the incident, said that he will speak to the administrators about the ban since barring women wearing a hashema from pools is not in line with the law.

“A security guard was sent to prevent my daughter from swimming in the pool. No rule can be above the decisions and the laws of the Constitution. We are not angry with the people wearing bikinis or swimsuits,” added Tamdan's father.

Meanwhile, the administrator of the apartment, Yurdabakan Özdemir, said: “One person asked me whether people are allowed to swim in the apartment's pool in a hashema, and I said they are not. Then, he said that one person in a hashema was swimming in the pool, and I responded that I would send the guard to talk to her concerning the issue.”

“The guard went to the pool and warned her, saying that it is forbidden to swim in the pool in a hashema, but the girl called her father. I do not know the girl and I was out when the incident took place. The decision on the issue was taken by the residents of the apartment,” continued Özdemir.

Özdemir added that the rule can be changed if the majority of the residents agree that women can wear a hashema while swimming in the pool.

According to apartment resident Ömür Çamurcuoğlu, a similar incident happened in the apartment complex several years ago. “Three years ago, people forced my wife to get out of the pool since she wore a hashema. I can swim in the pool, but my wife still cannot. Some residents of the apartment had decided about the issue during an apartment meeting, but I was not there. We will try to change the rule.”

All the residents in the apartment pay money regularly for the maintenance and cleaning of the pool, including those who are not allowed to enter the pool, according to residents.

The rules of the apartment only allow women who wear bikinis and swimsuits to swim in the pool. A sign near the pool lists the rules concerning the clothes that can be worn while swimming there.