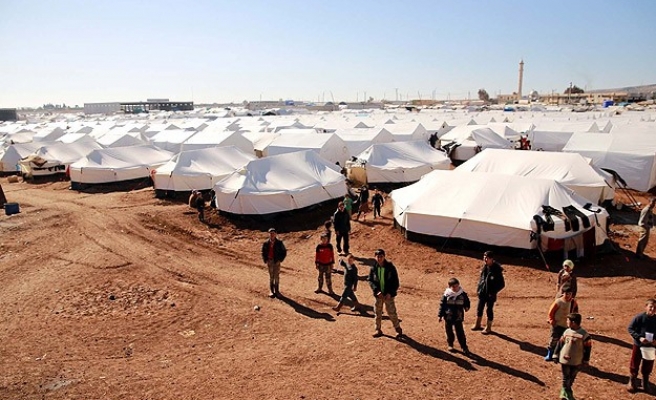 “One of the tent cities established by IHH is the Babennur tent city, nearly 10 kilometers from Kilis,” IHHsaid in a statement released on Wednesday. “Syrian families have already begun to settle in nearly 1,000 tents established till now.”

“More than 20,000 Syrian refugees have arrived in Turkey since the start of the year in the biggest influx since early 2013,” the UN refugee agency reported last week, adding that “over recent days more than 500 people have been arriving daily across official crossing points, sometimes as many as 1,000 to 2,000 daily”.

They have also established a dinning hall at the entrance of the camp, providing food for refugees.