The migrants had been left for two days without food or water after traffickers left them after experiencing a technical problem, but they did not return. 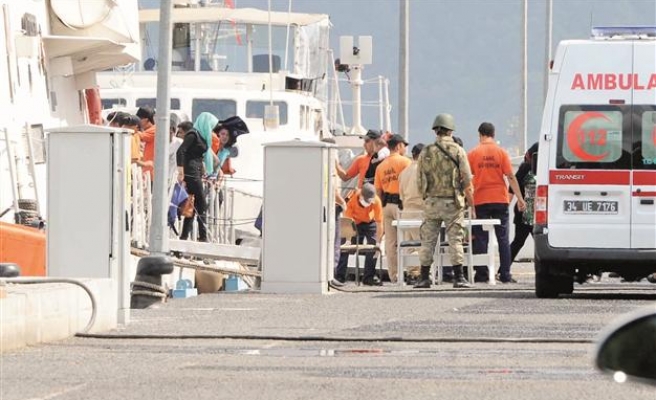 A group of 82 illegal migrants have been rescued by Turkish coastguards in the Black Sea after being left stranded by human traffickers who had promised to take them to Romania.

The group, which consisted Afghans, Syrians, and Iranians, along with 15 children and 20 women - two of whom were pregnant - were found overcrowded on a small 15-meter boat 24 miles off the coast of Istanbul.

They had been left for two days without food or water after traffickers left them after experiencing a technical problem, but they did not return.

Coastguards noticed the boat on Thursday morning after the migrants started a fire to attract attention.

Turkey has experienced a major increase in the number of migrants attempting to reach Europe from the country's western coast, resulting in the sinking of several vessels.

Migrants pay large sums to human traffickers in Turkey to help them travel to Europe and many drown on the crammed, shoddy boats.

Turkey signed an agreement in December with the European Union that allows EU countries to send back unauthorized immigrants entering into Europe via Turkey.