Turkish coastguards save 33 refugees from Aegean

Reports state that the refugees were in poor condition, exhausted and starved. 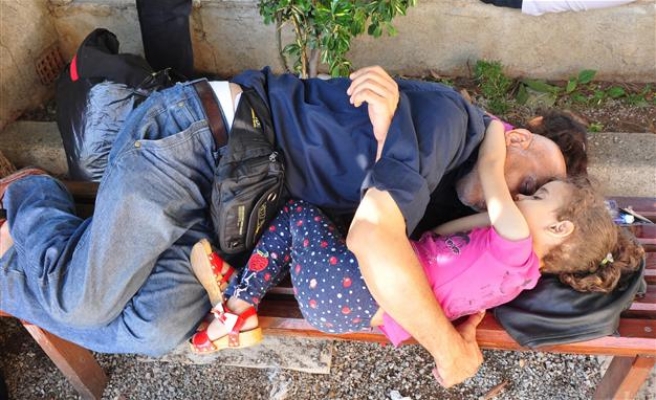 Turkish coastguards stopped a boat of human traffickers as they were carrying Syrian refugees to the Greek island of Symi from the southwestern peninsula of Datca early on Friday.

Two human traffickers were both caught after they jumped off of the boat and swam to land while thirty-three refugees, including six women and four children, were also detained.

Reports state that the refugees were in poor condition, exhausted and starved.

There has been an increase of refugees sailing across the Aegean seeking to make it to mainland Greece from Turkey as an entry point to Europe.

The civil war in Syria has spurred the increase, with figures showing that the number of refugees caught on the Aegean Sea was almost 7,000 last year, dramatically up from 2,531 in 2012.

Wow!Great news!Finally the Turkish government decided to do the obvious,to try and stop all these desperate people from falling in the nets of the human traffic gangs .Greece has been demonstrating against Turkey in al international organisations about the sunject ,but without so far any action by Turkey.Therefore we should salute this change in policy,and wish good luck to the turkish navy and coast guard as it is going to be really busy (if they are for realo to enforce the law,which i doub