A Turkish court has sentenced the police officer responsible for the death of Ethem Sarisuluk during last year's Gezi Park riots to seven years and nine months in prison. 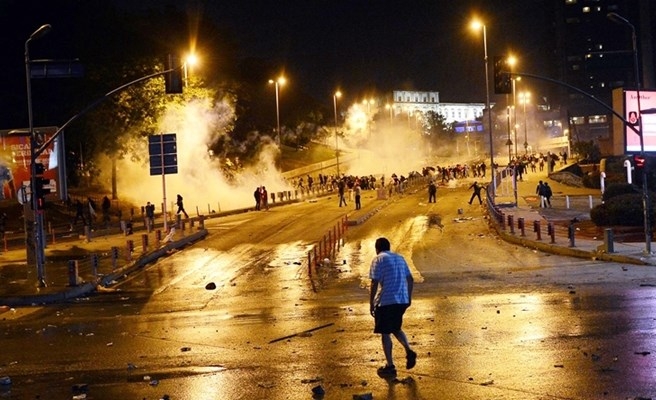 A Turkish court has sentenced the police officer responsible for the death of Ethem Sarisuluk during last year's Gezi Park riots to seven years, nine months and ten days in prison.

26-year-old Ethem Sarisuluk was shot by riot policeman Ahmet Sahbaz on June 1, 2013, near Ankara's Guvenpark during the protests held in support of the Gezi Park incidents in Istanbul's Taksim district.

A post mortem examination suggested that Sarisuluk was shot in the head by a 9 mm bullet. The encounter between police and protesters, during which Sarisuluk dies was captured by CCTV and media footage and appears to show the accused running from the scene holding a pistol.

The sentencing of Ahmet Sahbaz is the first sentencing of a police officer over the death of a protester during a wave of nationwide anti-government demonstrations which was set off by a tough police response to a protest over the redevelopment of a park in Istanbul.

In total, six people died in the incidents of summer 2013, including a police officer. A seventh person, teenager Berkin Elvan, died nine months later from injuries sustained after he was hit in the head was a gas canister fired by police during the protests.