A criminal court has refused the indictment against 26 Gezi Park suspects, with the case being sent back to the Prosecution Office 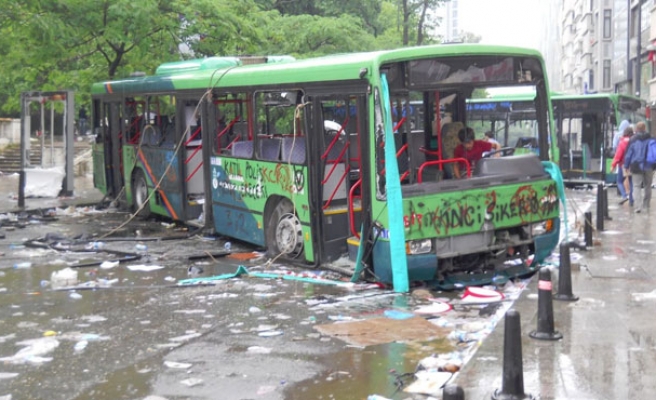 World Bulletin / News Desk
A Turkish Criminal court has refused the indictment against 26 Gezi Park suspects, with the case being sent back to the Prosecution Office.

Turkey’s 33rd Criminal Court of First Instances has reviewed the indictment, which accuses the Taksim Solidarity group as the perpetrators of last year’s Gezi Park protests.

According to the Criminal Court, it is not clear which suspects established the organization, and the court said it requires the suspects’ defense to examine the case further.

Currently, 26 people have been accused of establishing and leading the “criminal organization,” based upon the accusations of "being a member of a terrorist group", and attempting "to prevent the Turkish government from doing its duty".

Last summer, Turkey was racked by a series of anti-government demonstrations to prevent the demolition of Gezi Park in the center of Istanbul city.