Turkey's constitutional court ruled in favour of former military chief Ilker Basbug's appeal against his detention on a life sentence for plotting against the government, saying his right to freedom had been violated. 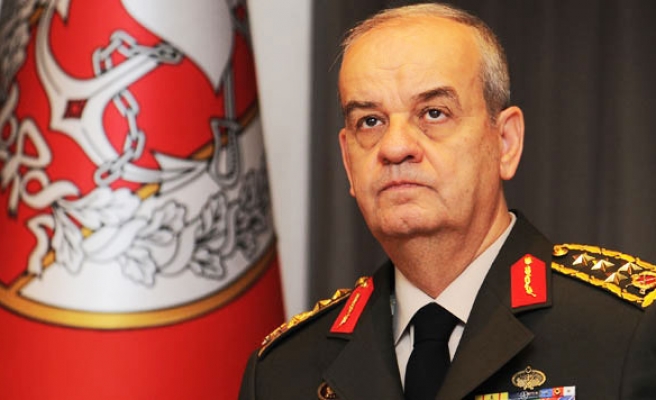 Turkey's Constitutional Court has responded to the appeal of former army general Ilker Basbug, who was jailed for belonging to the secret 'deep-state' organization Ergenekon.

The court ruled that his rights and freedoms had been breached, leading many to believe that the jailed commander's case may be given a retrial.

Chief of staff General Ilker Basbug was sentence to life in jail in August for his role in the Ergenekon conspiracy to overthrow the government of Prime Minister Tayyip Erdogan.

The retired general has been held in Silivri prison near Istanbul for 26 months.

The top tribunal said the failure of the lower court to publish its detailed verdict on the case and send it to the appeals court had violated a constitutional clause concerning personal freedom.

"It was decided ... to send to the (lower) court a request to do what is necessary in ruling on the applicant's release demand," the constitutional court said.

In the 'Ergenekon' case, a network of secular nationalists was alleged to have planned killings and bombings to trigger a coup. Defendants included army officers, politicians, academics and journalists. They denied the charges.

Military commanders in the 'Sledgehammer' case were accused of plotting to bomb mosques and stoke conflict with Greece with the same goal. More than 300 officers were convicted in that case in September 2012 and the appeals court upheld most of the convictions.

Erdogan was initially a strong advocate of the cases, but in the last two years has become increasingly critical of state prosecutors, expressing disquiet at the length of time the defendants have been held in custody.

Celal Ulgen, a lawyer for many of the defendants, said the court ruling could lead to the release of the other prisoners, but did not expect a decision on Basbug's case on Thursday.

"It could set an example for hundreds of prisoners. Those tried under Ergenekon have a solid reason to apply for the same procedure. I am sure they will," he told Reuters.

Within weeks of the corruption investigation emerging, Erdogan mooted in January the retrial of those convicted of trying to overthrow him in an apparent bid to discredit those in the judiciary he saw as concocting the scandal.

His top adviser Yalcin Akdogan said the military had been the victim of a plot and the army subsequently filed a criminal complaint over the cases, arguing that evidence against serving and retired officers had been fabricated.

Last month, the government pushed through parliament a law completing the abolition of the special authority courts which tried the Ergenekon defendants and several hundred military officers in the separate Sledgehammer conspiracy.