Atalay noted that no one was killed in the explosion, adding that an investigation was under way about the cause of the explosion. 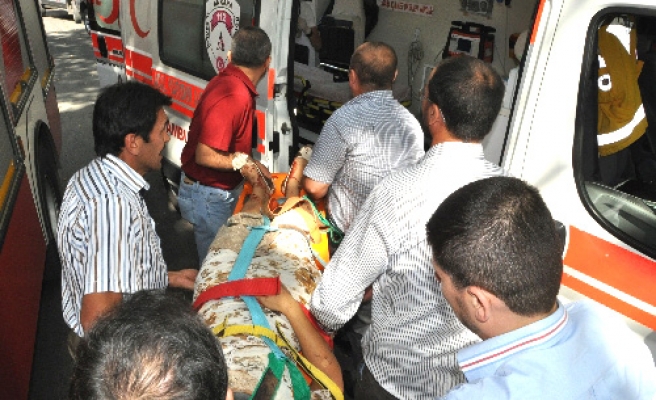 An explosion ripped through a line of parked cars in the Turkish capital Ankara on Tuesday, wounding at least 15 people, wrecking shops and setting cars ablaze.

The blast struck the Kizilay neighbourhood less than a kilometre from government buildings, including the prime minister's office, headquarters of the chief of general staff and several ministries.

Deputy Prime Minister Bulent Arinc suggested the blast was caused by a bomb, although Ankara's governor said it may have been caused by a burning gas cylinder.

"I've been informed that there was an explosion in a car on Kumrular Street, close to the PM's office, and there are heavy casualties," Arinc said. It was "either known or understood" the blast was caused by a bomb, he added.

A plume of thick smoke rose above the heart of the city after the blast. Reuters reporters at the scene said a line of parked vehicles had been destroyed and an adjacent row of shops was damaged across the street from a primary school.

Ambulances and fire engines rushed to the scene and police set up a security cordon while bomb disposal teams' sniffer dogs searched for any possible secondary device.

State-run Anatolian news agency quoted Besir Atalay, another of Turkey's four deputy premiers, as saying 15 people were wounded, five of them seriously. He said there were no fatalities. Earlier reports had said that two people had died.

Ankara governor Alaaddin Yuksel said a witness had reported that the blast was caused by a burning gas cylinder thrown into the street, which caused a fire that blew up a car. The incident was under investigation, he added.