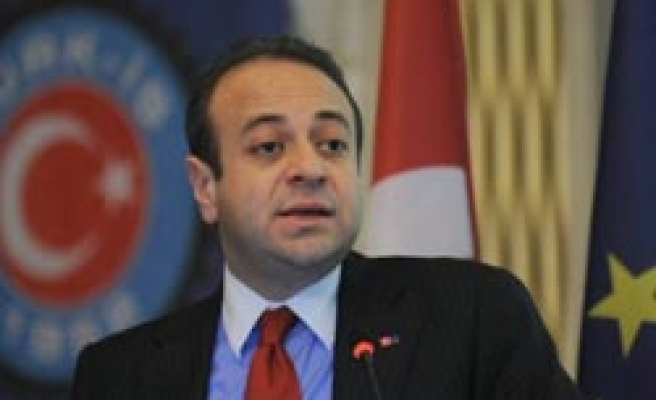 Turkey's minister for EU affairs and chief negotiator met the patriarch of Armenians in Turkey on Saturday.

Egemen Bagis paid a courtesy visit to Patriarch Mesrob Mutafyan in Istanbul, and said every one living in Turkey should cooperate and work together for a more democratic, contemporary and prosperous country.

"Therefore, September 12 (the day when Turkey will hold a referendum on constitutional amendments) will be a historic milestone for Turkey's European Union (EU) process," Bagis said.

Bagis said there was not any country that joined the EU with military constitutions.
"Greece, Portugal and Spain tried, but their EU membership bids speeded up after they had a civilian constitution," Bagis said.

In the September 12th referendum, Turkish citizens will either approve or reject a constitutional amendment package abolishing the provisional article 15 of the constitution which does not allow trial of the members of the National Security Council formed after the military coup in 1980.

"Election of a new patriarch"

Bagis said EU reform monitoring board convened every two months, and he might inform the board to meet in Ankara on Monday if the patriarchate had complaints or problems.

On Mutafyan's health problems and the possibility of election of a new patriarch, Bagis said this was an issue concerning the patriarchate.

Aram Atesyan has been named the acting patriarch due to Mutafyan's health problems.