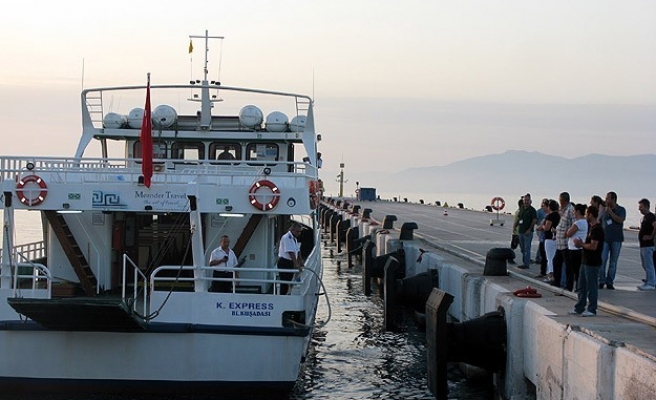 The Turkish ferry that was seized by Greek officials on its daily cruise from the coastal Kusadasi district of Turkey's western Aydin province to Greece's Samos Island was released on Friday upon Turkey's efforts.

Greek harbour officials in Samos Island held and moored the Turkish ferry belonging to Meander Tourism and Sea Transport Ind. and Trade Co. during its daily cruise on September 7 on the grounds that "5 percent of the ticket sales price was not paid to Greek authorities."

CEO of Meander Tourism Abdullah Gur told Anadolu Agency that the ferry crisis starting on Saturday has ended on Friday evening thanks to Turkey's efforts to release the ferry.

"We are already paying our taxes for the profit we make from ticket sales to the tax offices we are accountable to. Although we stated that a Greek authority cannot impose 5 percent tax on tickets that are on sale in Turkey, Greek officials in Samos seized our boat saying that this is what the law requires, otherwise we cannot organize tours to the island and they will moor our ferries if we don't pay the tax," he said.

"Thanks to the efforts by Turkish authorities, we have been proved to be right and our boat has been released with its crew," Gur added.

After it was released by Greek officials, the Turkish ferry docked at Kusadasi Port with its three crew members late on Friday.