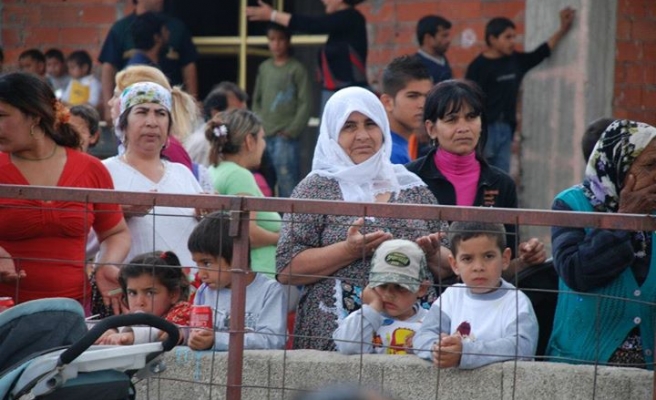 The minister's comments came Friday during a meeting with the Turkish community living in the city of Komotini.

"This is Turkey's biggest request from Greece," Cavusoglu said, adding that the Turkish-Muslim community in Western Thrace constituted in fact "a bridge of peace between the two countries, just like the Greek community in Turkey".

Cavusoglu said that Turkey respected the rights of the Greek Orthodox community in the country, but that this practice was unfortunately not reciprocated by Greece.

“Greece is doing just the opposite, both with the legislation it approves and in its practices. This is not fair," he said.

Cavusoglu said that the two governments could differ on various policies, but the decisions of the European Court of Human Rights were non-negotiable, and had to be respected.

"However, Greece has not abided by the Court's decisions in years. When someone says 'I am Turkish,' you just can't tell them 'No, you are not.' This is against international law," he said.

Greek authorities prohibit the use of the word "Turkish," and minority groups have been closed down for making use of the term.

The minister called on Greece to be open to dialogue in order to resolve the contentious issues between the two countries, including the problem of Cyprus.

“All Turkey wants from Greece is to have a sincere dialogue to discuss all issues with a view to resolving them to the best of each other's interests. Do we want a solution or not? Do we want to live together or not?"

The Council of Europe warned Greece in June to comply with the rulings of the European Court of Human Rights in cases concerning the Turkish minority living in Western Thrace.

This was the second time the council’s Committee of Ministers warned Greece, after a warning in December last year.

The committee, which controls the execution of the court’s rulings, said that Greece failed to implement a 2007 ruling in a case filed by a Turkish national living in Western Thrace over violation of right to free association.

The case was filed by Hasan Bekir Usta in 1996, after a Greek court shut down a youth association he helped to found in 1995.

The non-profit association was intended to teach Turkish traditions to the minority’s youth, to develop Turkish-Greek relations and to contribute to the development of human rights and democracy.

However, a Greek court ruled to close it, saying Western Thrace only recognized Muslim minorities, not Turkish ones, and that the association’s aims were a threat to a democratic society.

The Organization of Security and Co-operation in Europe said in a 2011 report that Greek authorities had closed down three minority associations since 1984, and prevented the establishment of new ones within the Turkish community.

Based in northern Greece, close to the Turkish border, the community of Western Thrace Turks is estimated to have between 60,000 and 150,000 members. They are a remnant of the Ottoman Empire, but are not recognized as ethnic Turks by the Greek government, which classifies them as Greek Muslims.